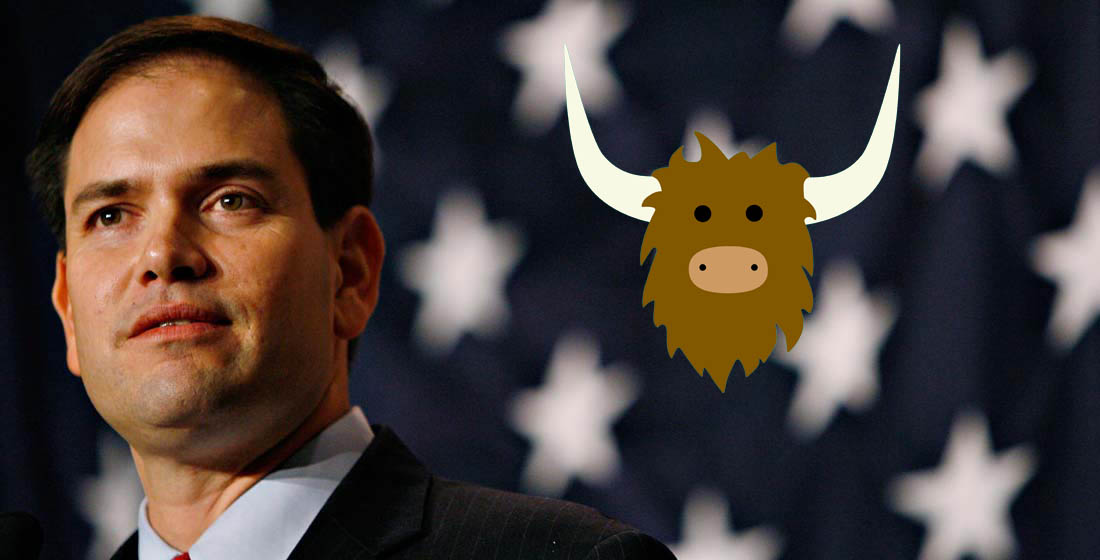 In a presidential election increasingly resembling something out of a Will Ferrell comedy movie, Marco Rubio has quoted the popular college anonymous sharing app, Yik Yak. During an interview with an Iowa AM radio station, the presidential candidate and Florida Senator said that Florida State University is

a school where people that can’t get into Florida can go to college.”

This sentiment, of course, is a common idea shared on UF’s Yik Yak page.

Based on how other Republican candidate’s outrageous comments have led to campaign success, this remark will most likely bolster Senator Rubio in the polls, and possibly allow him to challenge Trump, Carson, and Bush, the current GOP frontrunners. There is no word yet on whether or not Senator Rubio will incorporate screenshots of SpongeBob episodes into future campaign stops.

UPDATE: FSU President John Thrasher has joined the fray, with a comment equivalent to “no, you suck!”

UPDATE 2: Rubio has responded to Thrasher’s comment by calling him a “poopyhead.”