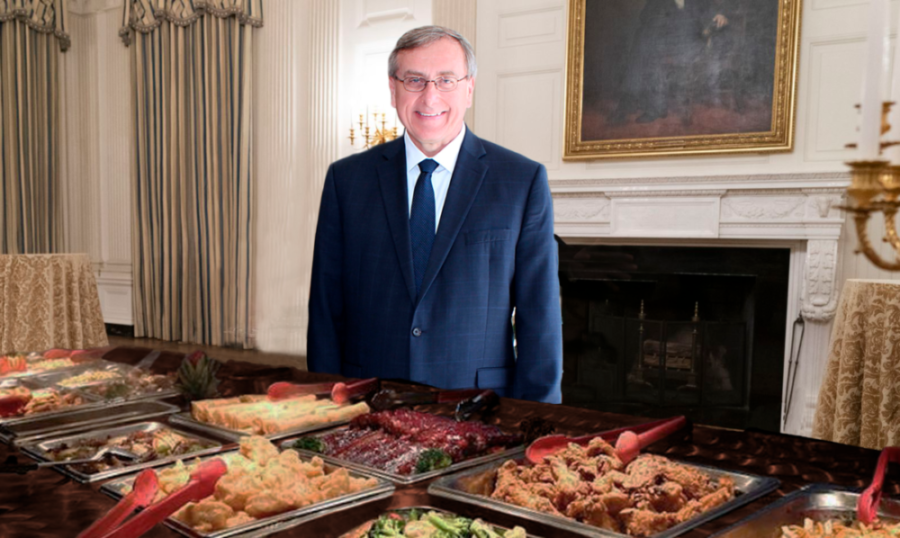 “We’ve got all the staples of Gator Dining Corner and the Fresh Food Company, which are totally different by the way, at this event, said Director of Food Programming Margaret Steamer.

“Cheese pizza, pepperoni pizza, some kind of sauce pizza, and of course we have our entire selection of knock-off cereals in those little dispensers you see at hotel breakfasts.”

Among the feast was a custom omelette station that served all 84 players one at a time for that authentic dining hall experience. Players were invited to wait in line awkwardly holding the rest of their food as it gradually got colder and exponentially less appealing. Cheerwine was served to the players in line in J. Wayne Reitz’ 150 year old sterling chalices.

Not all players were happy about the dining arrangements, however, with some even calling it “slightly underwhelming” and “the end of the world.”

“I thought they would treat us to something a little better, like the Top. Heck, I would have even taken Mother’s — the food! That’s low,” said one player, who wishes to remain anonymous.

“President Fuchs just wanted to show the players the food he thought was the best. But, hey, just because someone thinks its the best doesn’t mean it’s always actually good,” said Steamer, in defense of the choice.

Steamer also confirmed the rumor that President Fuchs requested all of the leftovers to be transferred to his personal fridge.