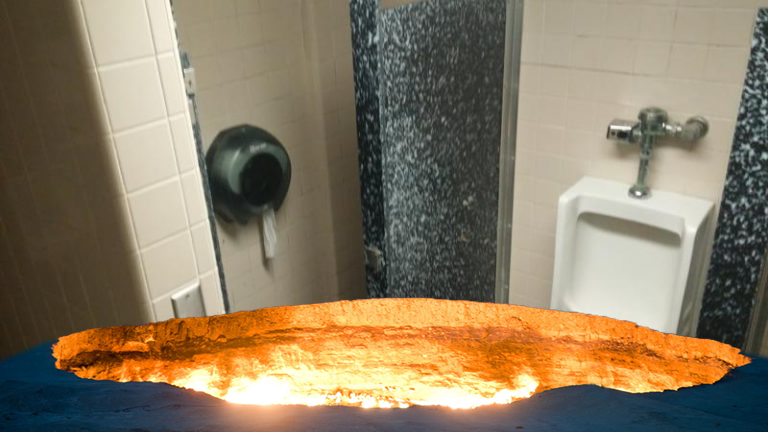 In news unsurprising to anyone who has ever entered a Little Hall bathroom, a demonic force has reportedly ripped open the fabric or space-time and chosen the facilities of Little Hall to serve as a portal to the seventh circle of Hell.

“A cramped and humid public restroom full of unflushed toilets? Already sounds like Hell to me,”

Demons have manifested in Little Hall, taunting full-bladdered students by leading them down a labyrinth of confusing hallways, driving students to the brink of insanity. Through this method, the demons create students desperate enough to actually use a Little Hall bathroom.

“The demonic voices whispered horrible things to me,”

Students who need to relieve themselves are now dodging both flaming pitchforks and the suspicious puddle of liquid on the bathroom floor that you pray is spilled water, even though you know it’s not.

“Instead of mold and overflowing trash cans, the Little Hall bathrooms are now full of hellfire and the screams of tortured children,”

“What an improvement! I’m so glad UF has decided to renovate.”

It’s been rumored that the demons may make the dorm showers in Broward their next stop.