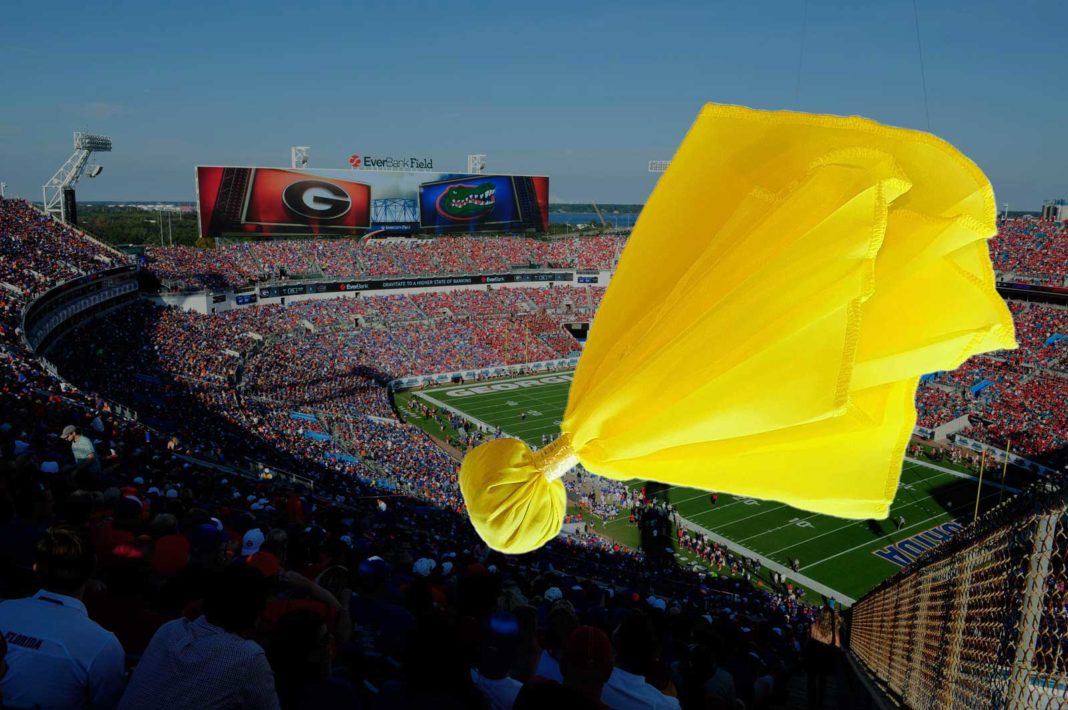 The NCAA has declared a state of emergency this week after the organization’s entire stock of penalty flags were used at the UF vs. UGA game on Saturday.

NCAA commissioner Mark Emmert said that it’s an unprecedented problem and that they are scrambling to find replacement flags before next weekend’s games.

“Look, usually we put aside a few extra flags when the Gators play,”

“But then Georgia just kept on making us use them up until the last second.”

Referee Colin Pleis said that he was forced to improvise during the second half of the game when he realized all of the flags had already been depleted.

“I was already down a few with that whole ‘how many players are supposed to be on the field’ debacle at the beginning,”

“In the fourth quarter I had to improvise – I used my grocery list, a Jimmy John’s napkin, and a sock.”

Luckily, most viewers were to focused on the game and what Dan Mullen might have been yelling to notice the non-regulation penalty flags.

Reports indicate that the NCAA will be able to resupply their stocks before the FSU game – even though the team is already penalized enough by having to live in Tallahassee.