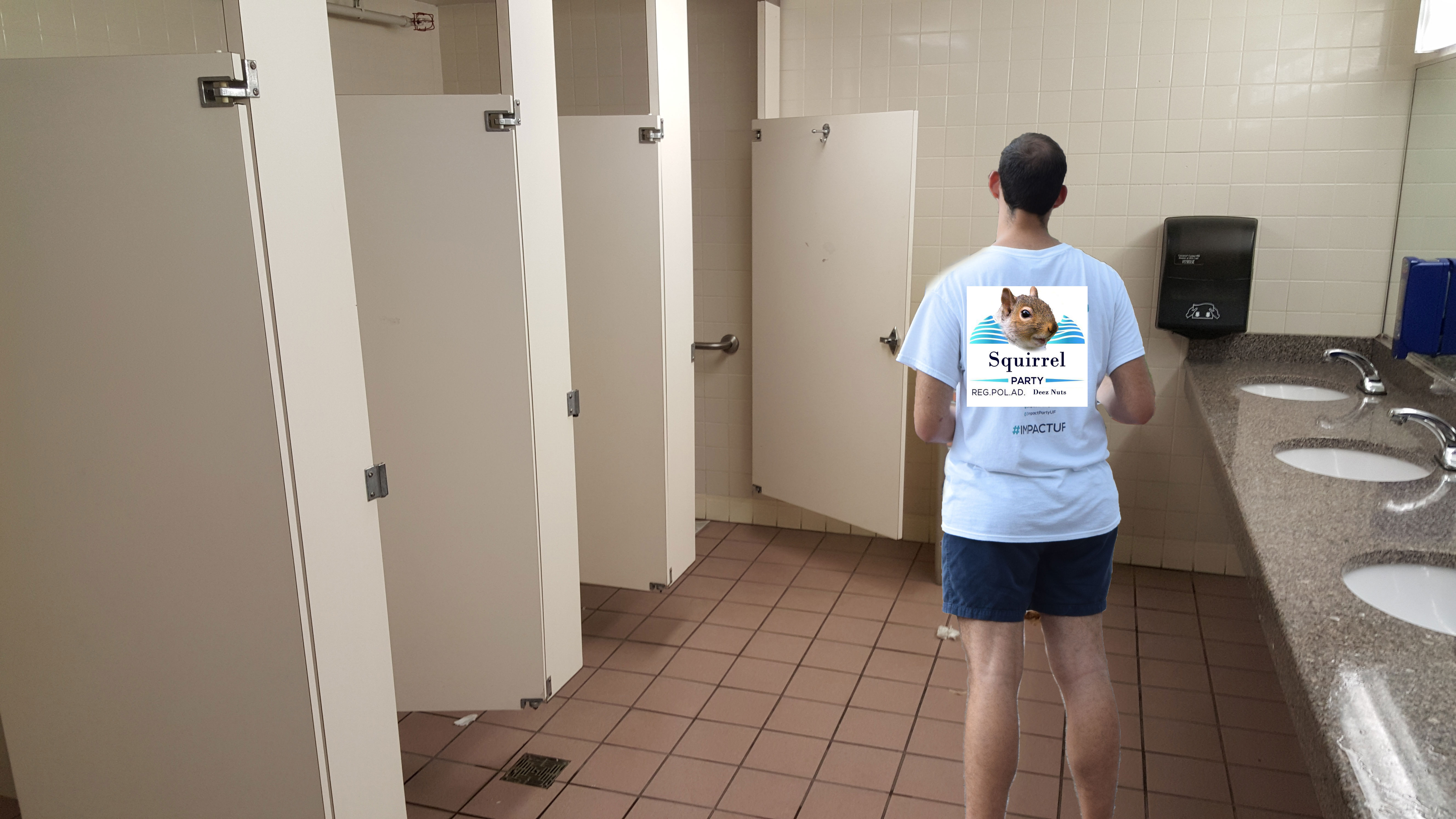 Reports were filed to administration earlier this afternoon when a Squirrel Party rep followed a prospective member all the way into a bathroom stall.

Ray Salsbury, a 19-year-old UF engineering sophomore, was walking through Turlington when he claims that a party rep approached him with backbreaking speed.

“I had absolutely no intention of stopping to talk with the guy,”

“I had just eaten Chik-Fil-a from the Hub and my stomach and mouth were in no condition to stop and talk politics. I thought that if I simply kept walking he might try his luck on someone else”

When Salsbury broke the news to the party rep that he was feeling sick and didn’t have time to stop, the member simply replied,

As the two walked and talked about the push to place a new petting zoo in Marston Science Library, Salsbury stated that he experienced a sudden unforgiving need to use the restroom.

“The Chik-Fil-A dropped down my stomach way faster than expected so I looked the impact associate directly in the eyes and said, ‘I really have to go’, and took off running.” Salsbury said.

“I thought for sure that by this point I had would have shaken him off but, sure enough, there he was running alongside me, rambling on and on about how he could gain access to some other party or something. By then I really didn’t care what he was saying”.

Salsbury found the closest bathroom, located in Keene-Flint Hall, and bee-lined it towards the only open stall.

As Salsbury burst into the stall, he was surprised to find the party rep in there right next to him, clipboard in hand.

“So if you just sign right here we’ll shoot you an email later on and you’ll receive your very own t-shirt!” the party member said.

Salsbury took the matter to administration immediately and violation charges may be pressed in the near future.

The same party rep was found later that day riding in the bicycle basket of another prospective member, pleading for his support.