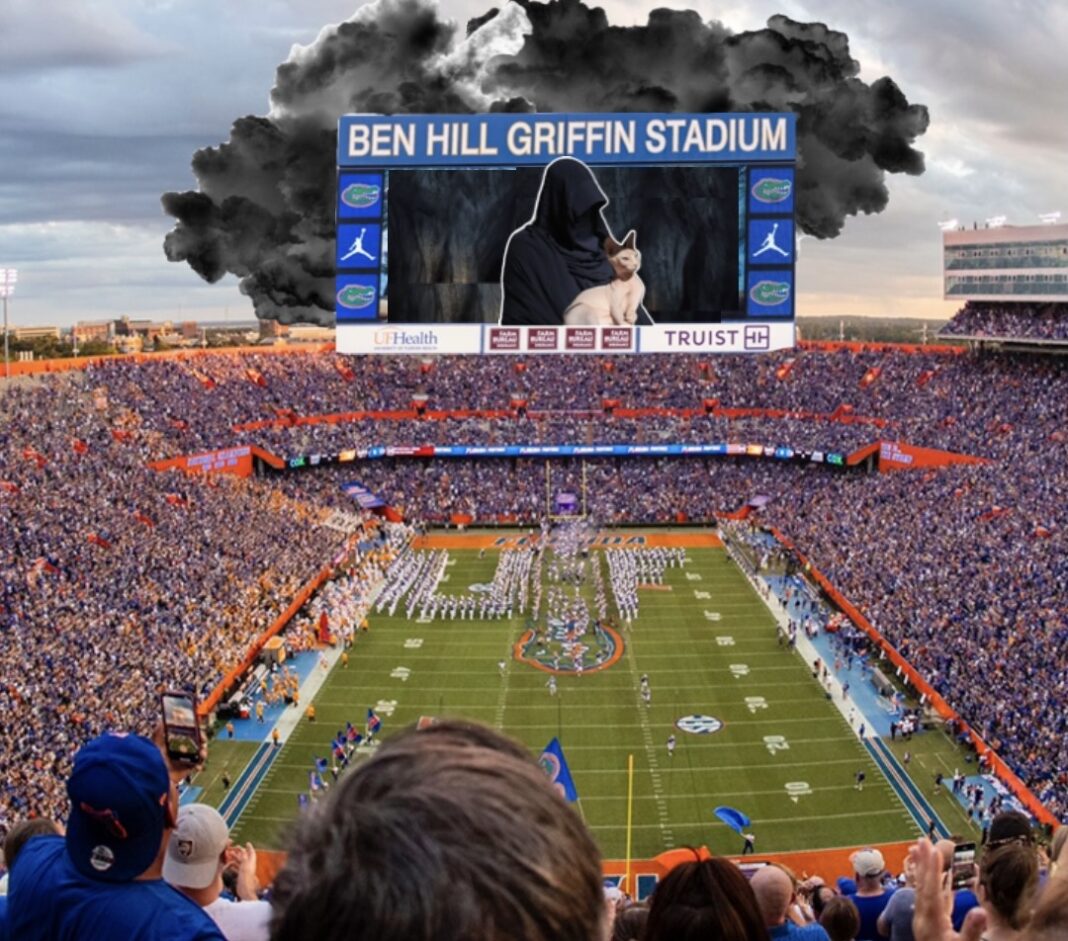 Yesterday morning, the football stadium was ablaze in orange and blue colors as fans cheered and music played. Suddenly, silence fell as the stadium screens appeared to be hacked by a speaker wishing to address the university. The speech came as quite a shock, as one of the most anticipated days of the season was interrupted by a thunderous – and bizarre – livestream.

“I’ll never forget it. Right in the middle of a touchdown, there’s all this TV static,” recounts an anonymous witness.

“Then this man just popped up on the big screen. I was like, who is this guy?”

Senator Ben Sasse sat tall in his high-backed swivel chair at the end of a long, shiny table. Dark cave walls stretched out around him. He wore a black cloak which shadowed his face as he spoke to stunned and confused fans.

“I’m sure you’ve been expecting me,”

Dr. Sasse was nominated this past week as the sole presidential finalist after what we can only assume was a very thorough and very unbiased search.

Atop the Senator’s lap sat the signature hairless cat he is seldom seen without. Reports say the cat is named after something near and dear to Sasse’s heart – ‘Economic Landscape’.

“I will lead us into greatness!” echoed Sasse’s words as they echoed through the stadium. Football players stood frozen, staring up at the screen. Periodically, Sasse stroked the hairless cat with a fiendish flick of his hand.

He described the goals for his Presidency, referring to them on more than one occasion as his “Master Plan”.

“OH, how long I’ve waited for this moment…” crooned the Senator as he leaned toward the camera.

“The livestream was so dark it was hard to see.” noted Cody Watson, freshman. “There was a crazy glare from the sun. It was a noon game, y’know? And dude’s in a cave.”

“We will meet again soon, I have no doubt.” signed off the Senator after his brief yet alarming speech. There was more static, and then silence. Eventually, the homecoming game resumed, though many gators – and even a few Missouri Tigers – appeared shaken.

“I mean, he DID say Go Gators at the end. But then he laughed it all weird and slow. And I think the cat was laughing too.”