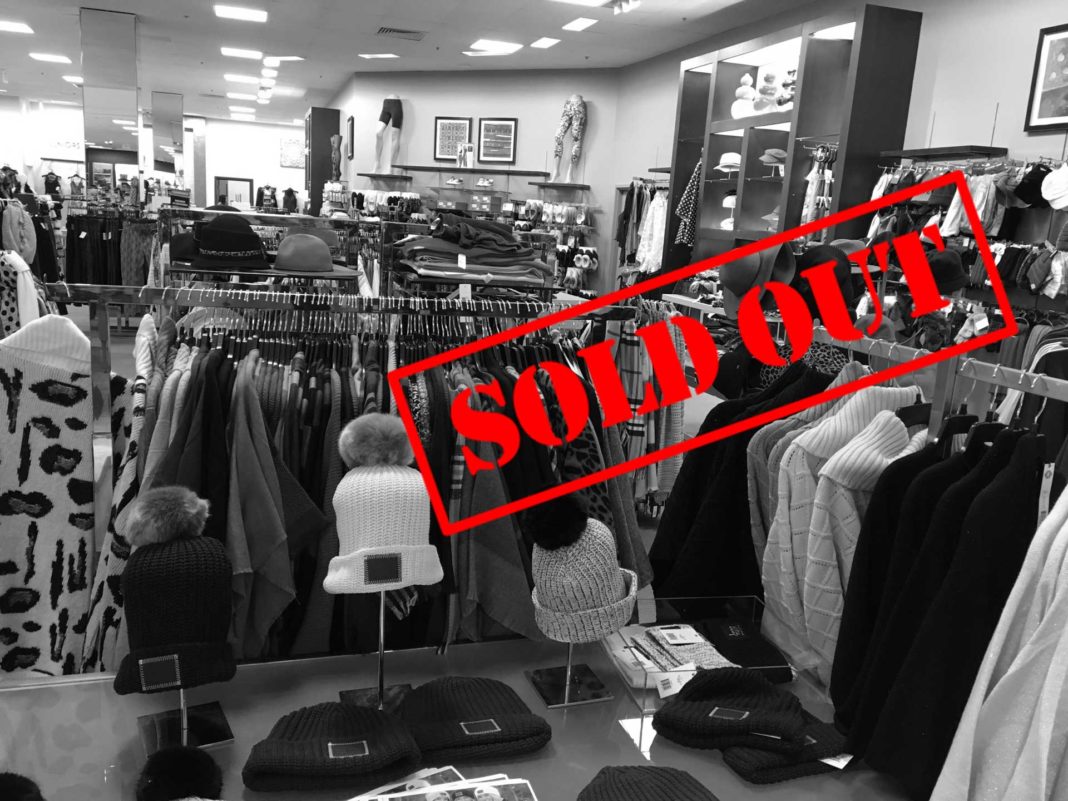 A recent chill in the air has sent all Gainesville residents, especially UF students, running to the Oaks Mall to prepare. Due to the influx of winter wear sales during the 70 degree cold front, it was reported that every store is officially sold out.

A representative at the popular department store, Dillards 2, said that “winter wear” includes all types of jackets, hats, gloves, warm pants and boots. Within the first two days of the weather change, there was nothing left but bathing suits, tank tops, and a single pair of overalls.

“This happens every year, so we’re pretty used to it,”

“As soon as it drops below 75, we get flooded with students who leave with about four jackets each.”

Students on campus that were not quick enough to get the mall are in a panic. For the next few months of freezing Florida weather, those students are concerned that they will have to suffer in the cold.

“I don’t know how I’m gonna use my scooter,”

“If I don’t have gloves, a ski mask, and at least six layers, I guess I’ll just have to get excused from class.”

The employees at the Oaks Mall are anxiously waiting a new arrival of winter wear, but the shipment may not come in for months. Even stores such as Build-A-Bear Workshop are completely sold out of items that resemble any type of winter gear.

“It’s going to be a tough winter,” the mall representative said, with a shiver in his voice, “I just hope we can stock enough fluffy socks to keep the people happy.”