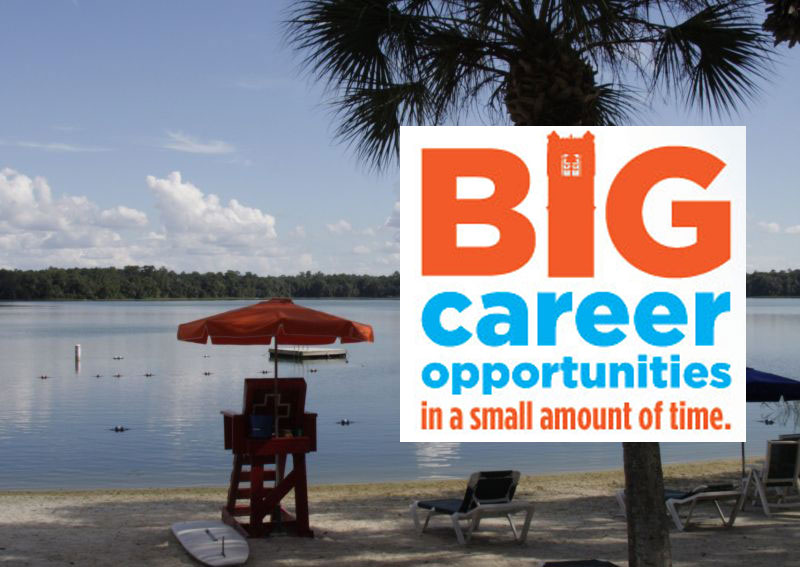 Due to the success of Career Showcase’s remote location this year, CRC coordinators are planning on moving next semester’s event to the middle of Lake Wauburg.

“We expected that the lazier students wouldn’t make it out to Southwest Rec because they might have to take a bus or walk a little farther,”

“At first it was just because the O’Connell Center was closed, but then we realized more students were staying longer because it took so much time and energy to get here!”

Some employers have voiced praise for the move, stating that the huge inconvenience that students must go through to get to the Showcase will weed out the bad hires, and the students who did show up would take almost any offer just so that the effort to get there hadn’t been a waste.

Rather than being deterred by the greater distance, Black found that students were calling for yet more land to cover to get to the next Career Showcase.

“I had recruiters coming up to me telling me this event wasn’t out of the way enough,”

“They wanted to get the students who would go to the ends of the earth for a free eraser. Our next choice was clear: Lake Wauburg.”

Black said they have already received approval for this plan. Not only will the showcase be 10 miles away, it will also be set on a temporary structure in the middle of the lake. A bus or car will be needed, plus the added hassle of finding, renting, and paddling a kayak or canoe just to meet an employer.

“Apparently, the best way to get students excited about something is to make it inconvenient!”

Said an employer for a local candle selling business.

“I’ve never had so many people apply to be regional sales managers before! Sure, some may have been delirious from walking in 90 degree heat, but I think it’s really going to pay off.”

Students who register in advance for the 2017 Career Showcase will receive free promotional floaties, $2.50 off an Uber, and the chance to win an unpaid internship at a company yet to be started.