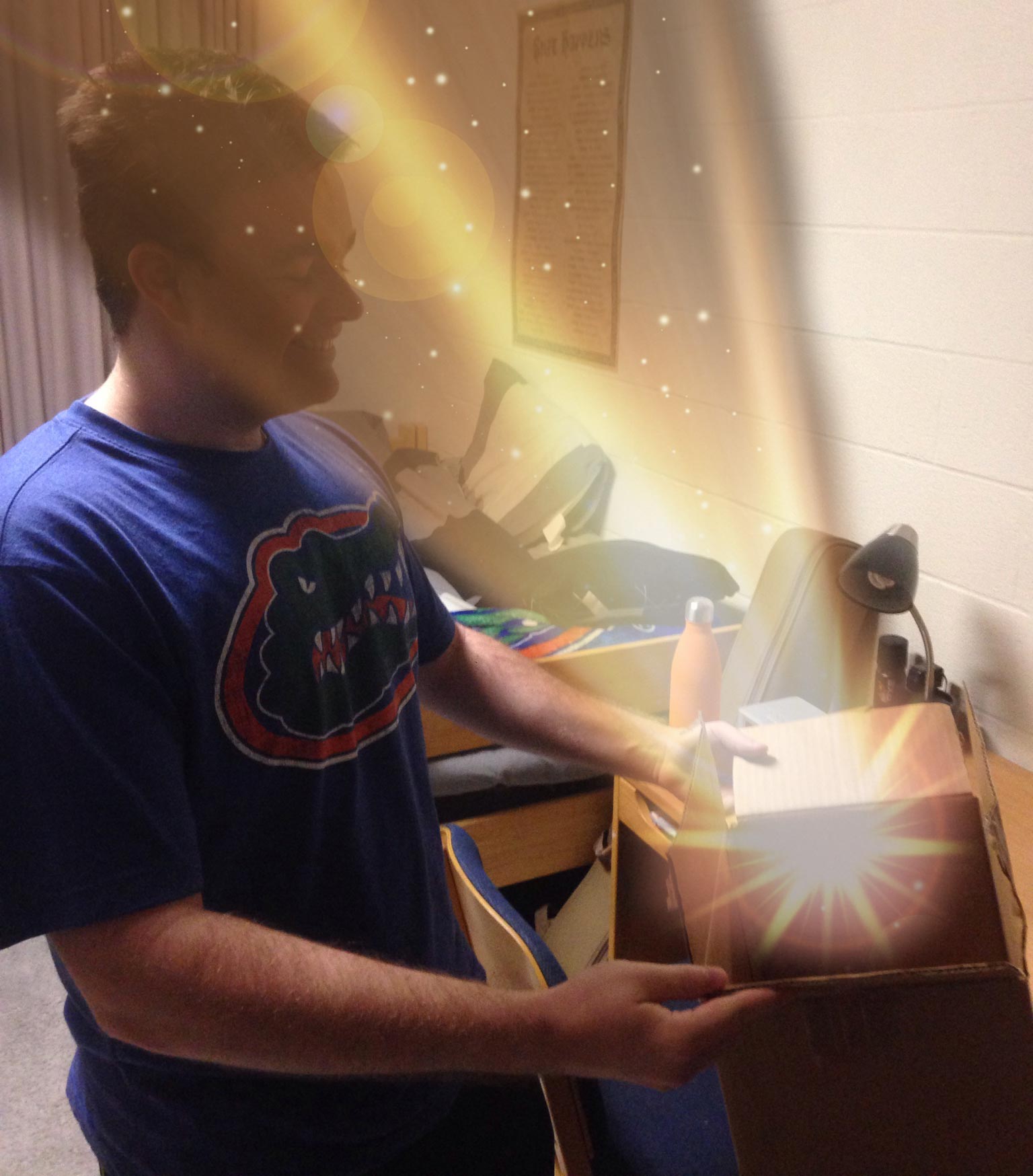 One Mom’s gift to her son at the University of Florida really seems to have made an impact on his semester, according to a post made by the student on Facebook.

Karen Blounty, mother of Cameron Blounty, 19, said that she came up with the idea of sending her son such a present after he told her he was feeling a little stressed with midterms around the corner. After days of pondering and asking for advice in her “College Moms Unite” Facebook group, Blounty was able to come to a conclusion.

“When my Cammi-Bear told me he wasn’t having a good week, I knew it was my motherly duty to do something about it,”

Said Ms. Blounty, who said her employment is currently “Being a mom to the best 3 kids ever.”

“At first I debated just sending him a check, but then I decided that was far too impersonal—I wanted my son to open that package and really know how much I love him!”

The gift, a $10 voucher to Starbucks, was inspired by a combination of Cameron’s unique personality traits and interests, Ms. Blounty said. Mailed wrapped in a plain piece of paper so “mail thieves” couldn’t steal the card, Ms. Blounty said she anxiously awaited her son’s reaction.

“When my mom said she was sending my something, I thought it had to be something big by how excited she sounded—like the new laptop I need or maybe the shoes I sent her a photo of,”

“But then I got this gift card in the mail that’s definitely been used because it only has $8.75 left. I just didn’t want to hurt her feelings.”

Blounty said he made a Facebook post claiming his mother’s gift had “really turned his semester around” to make her feel good, but also partially in the hopes that it would encourage his other family members to follow suit in the future.

“I haven’t heard anything from my Aunt Helen yet and her house has 5 bedrooms, I’ll make her my profile picture if her care packages are anything like my Christmas cards.”