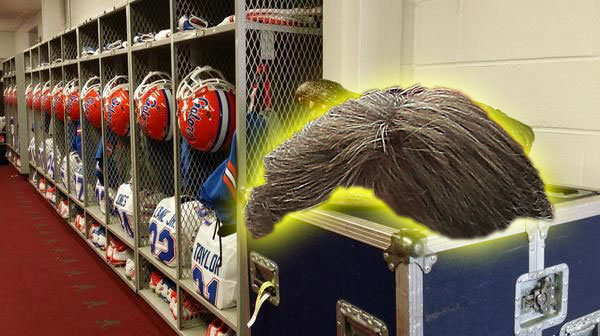 The UF Athletic Department announced they would be firing Head Football Coach Jim McElwain on Saturday. However, they were able to keep a key part of the Gators’ coaching staff.

“Even though Coach Mac will be leaving the team, the University has decided to keep his hair.”

Said athletic director Scott Stricklin, who is also on a separate salary from his hair.

Coach Jim McElwain ultimately failed to adjust to difficult circumstances this season, whereas sports analysts and critics alike have agreed that his hair thrives in the face of adversity. Students were especially excited about the decision to keep McElwain’s locks on the team and get rid of the rest of him.

“There were a few games in the rain where you could tell his hair was under stress but really fought through it.”

“The comb over was such a risky decision but ended up being fabulous.”

McElwain’s hair is also a steal financially in today’s hair market. Only 15% of the Coach’s buyout was for the rest of his body, with the majority being over what was above the scalp.

“Usually a hairdo with that type of diversity and experience gets paid somewhere around 8 digits.”

“Between the Nike advertising deal and reality show, Nick Saban’s hair gets an annual salary around 15 million.”

Coach McElwain had also been reprimanded after clearly pulling and tugging the hair on the sidelines of the Florida-Georgia game. Some fans theorize that this was the beginning of the end for Jim’s career as he also refused the weekly scalp massage from Zaire. The hair managed to recover from the altercation but still looked a bit frizzy for a few weeks.

“Ya know, at the end of the day I’ve always been kind of fond of visors, and at least now I can finally feel safe to be myself.”

The hair has high hopes of fixing UF’s offense but vows not to make any drastic changes. However, rumors of an undercut and blonde highlights were not denied.