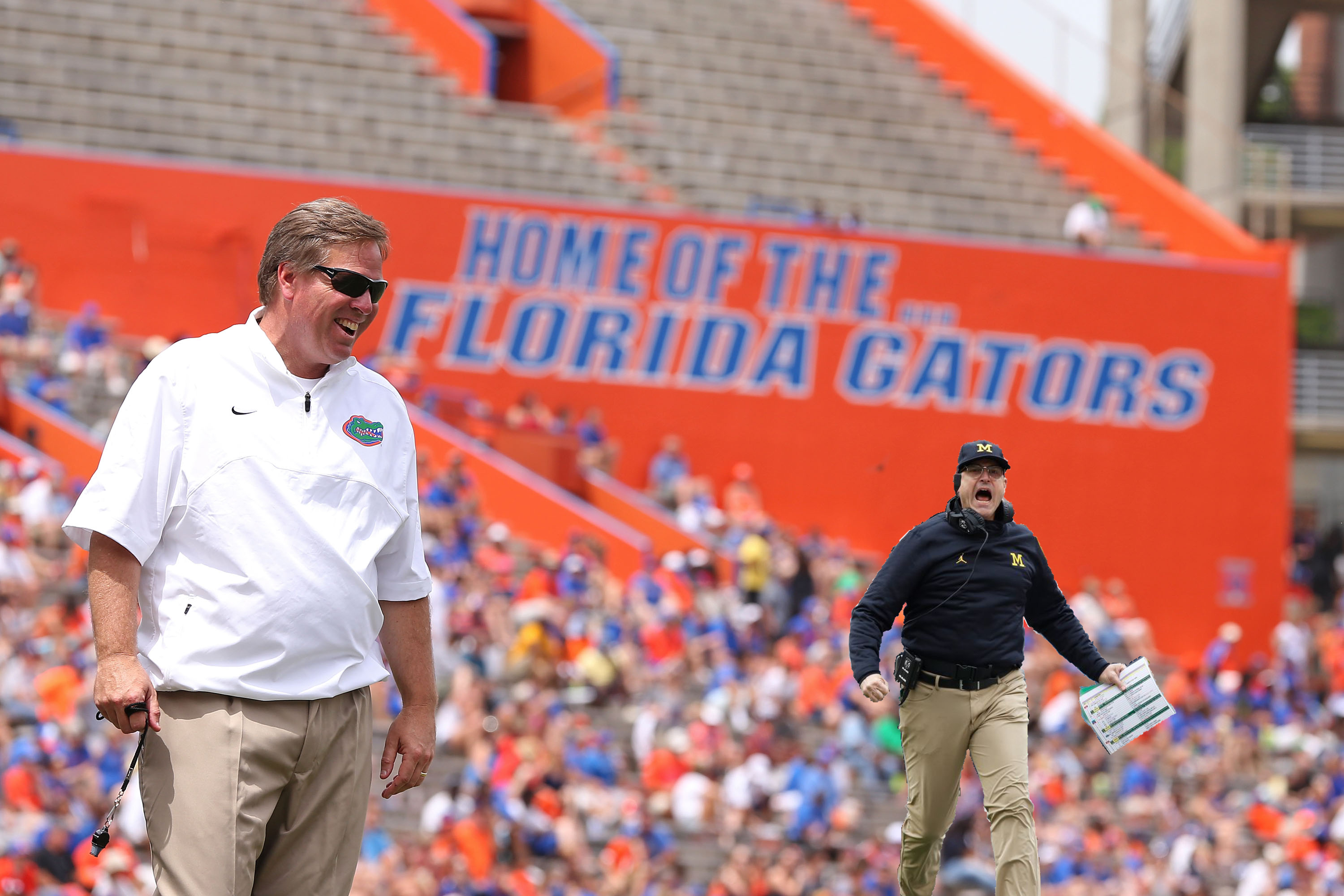 The Florida Gators are set to finally defeat Michigan at this weekend’s matchup in Arlington, where Michigan head coach Jim Harbaugh will finally meet his “tailor.”

Custom designed Nike Pro khaki football pants have been designed in secret for all players.

It’s been discovered through ex Michigan recruits, that Harbaugh’s football coaching skills are derived entirely from his ability to influence other team’s subconscious minds, through his choice in gameday khakis. Through consultations with the world’s prominent men’s tailors, Jim McElwain has tapped into this ability, and shared the techniques with the rest of the team.

“Yeah we got somthin’ pretty cool set up for our guys this weekend, we’re gonna beat the heck out of em,”

“We got this guy, he’s a tailor from somewhere in Milan or somethin, this guy’s got these cool pants we’re all gonna wear. We’re gonna have a lot of fun.”

We contacted Jim Harbaugh himself to see if his khakis really were his secret weapon. We found him shirtless in the streets on Ann Arbor wearing nothing but his signature pants and a headset.

“I know nothing about magic pants. I can assure you, my khakis in no way operate in this manner.”

He said. Our journalists reported feeling unable to speak as they were compelled to stare into his striking gaze.

One thing is certain this weekend. The Gators will finally be vindicated after their big loss to Michigan at 2016’s Buffalo Wild Wing’s Citrus Bowl, where Jim McElwain had to change his generic khaki pants just before kickoff after they were soiled with Habanero Mango wing sauce.