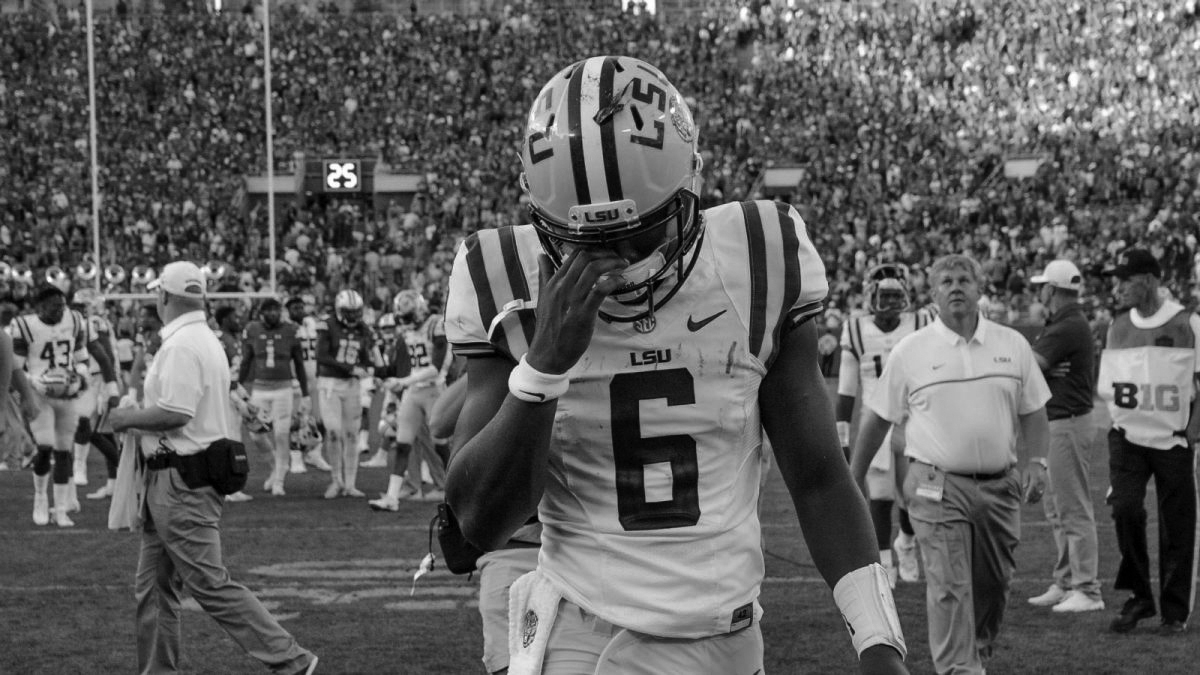 Scientists and amateur football analysts have recently made the decision to add the LSU Tigers to the list of endangered animals and mascots.

Their addition to the list was prompted by a series of flops against the Florida Gators, who defeated the Tigers despite being wounded.

“The Tigers have been on the ‘threatened’ list for quite a while,”

“Messing up that kick put them right over the edge.”

Part of the reason for the Tigers’ predicament is that they seem to have been hunted down into their own territory, northwest of Florida and the Gators habitat. The Tigers reportedly taunted Gators, hoping that they could bag an easy win.

For a few months it seemed like the Tigers might escape unscathed, but even in their home territory they seem to be unable to defend themselves.

“The main predators seem to be Austin Appleby and Tyrie Cleveland,”

“I think they might hunt them into extinction next.”

An insider has reported that the Tigers’ loss may be due to an excess of hubris after the original game was rescheduled due to a hurricane. However, they now realize they will be the butt of many “1 extra inch was all you needed” jokes.

“They thought we were running from them, and we did run; straight through their defensive line,”

“I guess we just had an extra inch on them.”

McElwain then winked at LSU Coach Ed Orgeron, who was slightly behind the reporter.

The Florida Gators will once again leave their territory in December to face Alabama, a team that’s currently hoping an early blizzard might be able to postpone their game in Atlanta.