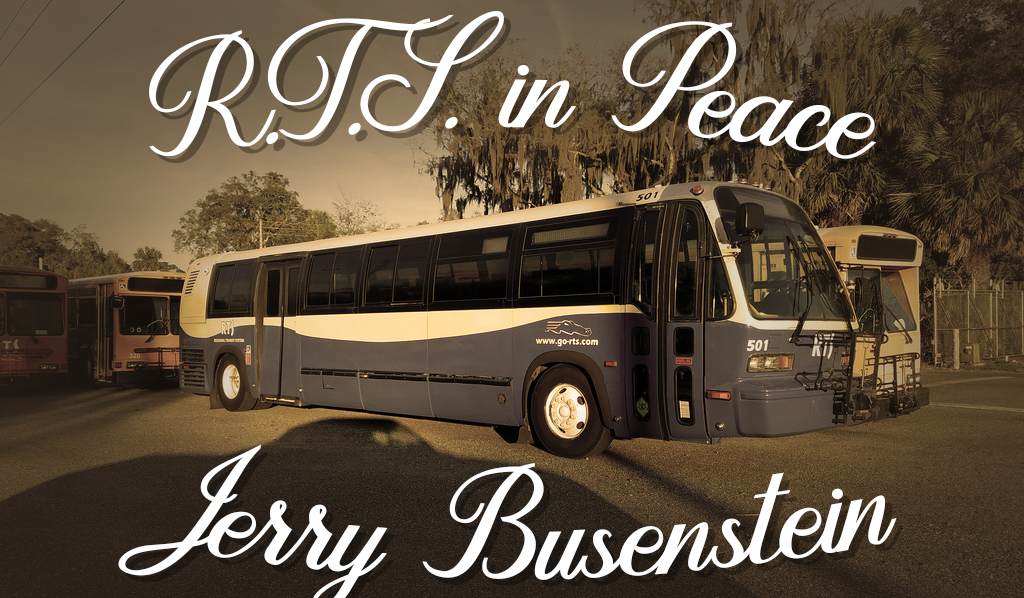 This past Wednesday, tragedy struck the University of Florida campus when public transportation vehicle Jerry Busenstein passed away. Campus police cars reported the cause of death as overdose, with recent findings revealing that he died after having one too many… students.

“When I heard about Jerry’s passing, I couldn’t stop crying. I used my own tears to put out every fire in Alachua County that fateful day,” said a Gainesville fire engine this morning on his way to work.

Multiple bustanders claimed to have witnessed Jerry’s last words in those final fatal moments. According to eyewitnesses, the marvelous motor vehicle’s last words were “get more buses”. Truly chilling words from a truly inspirational bus.

“Full bus signs are becoming more and more of a hazard for our local transportation vehicles. If you see one, please, don’t ignore it,” advised Gainesville sheriff car Lou D. Sirehns.

“Where do you kids get off? No pun Intended!” said Jerry’s now widowed wife Helen Busenstein. “Our kids have no father now! And no way to get to school either!”

Jerry’s funeral will be on February 27th. All Gainesville buses will get the day off to attend, so good luck getting there.

Jerry’s eulogy will be given by local religious leader Thomas Hurselrose. His funeral will be located in Pugh Hall; just look for the bus sized hole in the wall.

Late to arrive, Early to depart