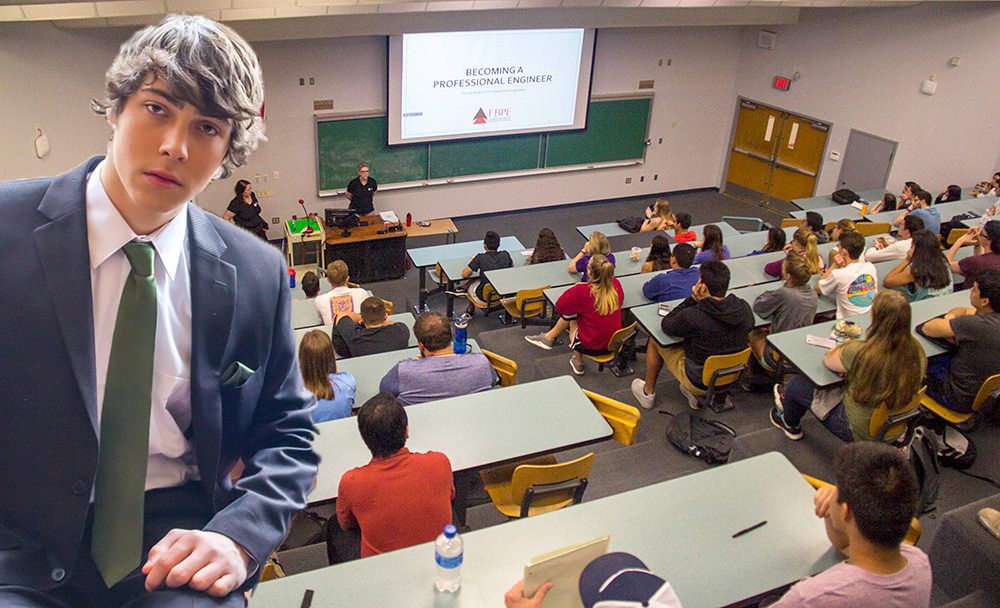 According to his Intro to Accounting class, one student burst in through the door of his 23 minutes after the lecture had begun, and made it a point to tell the professor loudly enough for the entire class to hear that he had been at an interview.

“I know. You came to my office hours last week to tell me.”

“And before that you emailed the TA twice. The second time was by accident, I assumed.”

Classmates then reported that Josh squeezed by no fewer than five students to reach his usual seat in the middle of the front row. When finally sat down, he interrupted again by loudly whispering to the student next to him,

“Can I see your notes? What did I miss while I was at my interview with Deloitte? Yes that Deloitte, which I should hear back about by the end of the week.”

At that point, the professor said that he asked Josh to please refrain from speaking as the lecture was being recorded –  and that because the videos were online, Josh actually didn’t have to physically show up at the lecture today, anyway.

While they were having this exchange, eyewitnesses spotted another student, also dressed professionally, quietly entering and sat at the back of the lecture hall.

Public opinion polls that Washington insisted on giving the ten other students who were in the room, showed that everyone was well aware that he had been at an interview that morning. However, nine of the students polled indicated that would have preferred not to know.