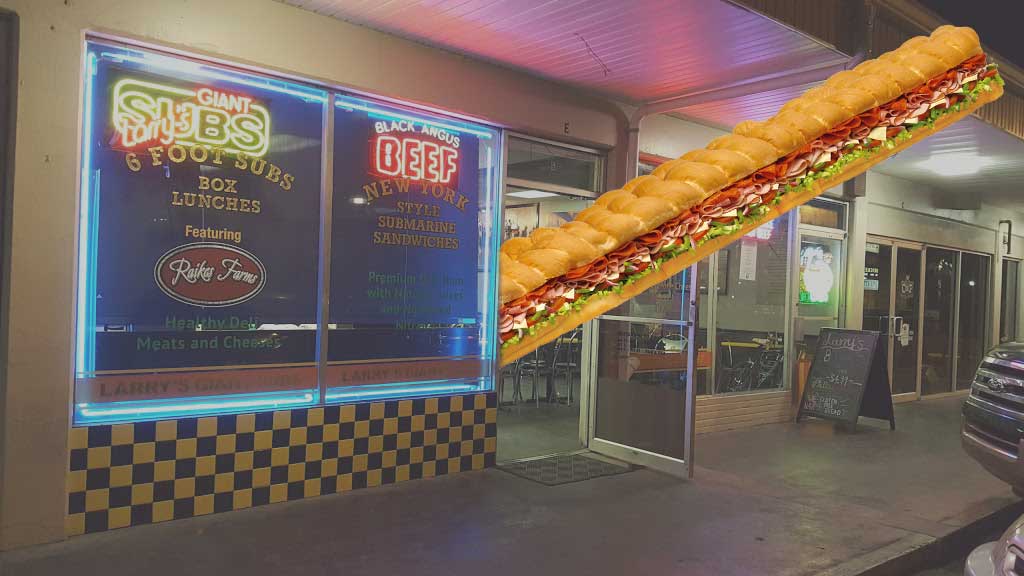 For over 20 years, Larry’s Giant Subs has been a Gainesville staple – serving carb-based foods to drunk people at 4 a.m. and students afraid to eat at Gator Dining alike. With their doors sadly now closed, Larry’s decided to say farewell in a sub-stantial way.

“We decided to create a giant 25-foot sandwich to thank our loyal customers,”

“Everyone is invited to take a chunk of this bad boy. It’ll be a combination of every flavor we’ve ever served – yes, even egg salad.”

News of the giant sandwich caught the attention of one of the most popular student organizations on campus, the Sliced Deli Meat Club.

“When my friends told me about a giant sub sandwich that was free for public consumption, I thought they were full of baloney,”

“Although it’s going to be painful to have to take a bite of my last Larry’s masterpiece, I think this will really help give me closure.”

Excited Gainesville residents prepared for the sandwich shop’s final farewell by stocking up on condiments for dipping, doing jaw flexibility exercises, and practicing giving their farewell toasts to the lovable King Kong with gatorade.

“I couldn’t quite get through my practice rounds without tearing up,”

Safety measures have been put in place to ensure the big event will run smoothly after rumors of a sandwich thief began to circulate. A private security team has been hired to keep watch of the sandwich before the special day.

“But I’ve never been hired to protect a 25-foot sandwich. I understand the threat, any criminal would jump at the chance to steal this precious commodity.”

Larry’s Giant Subs will no longer just be a hyperbolic name, but a name filled with honor and truth. Rest in peace, old friend.