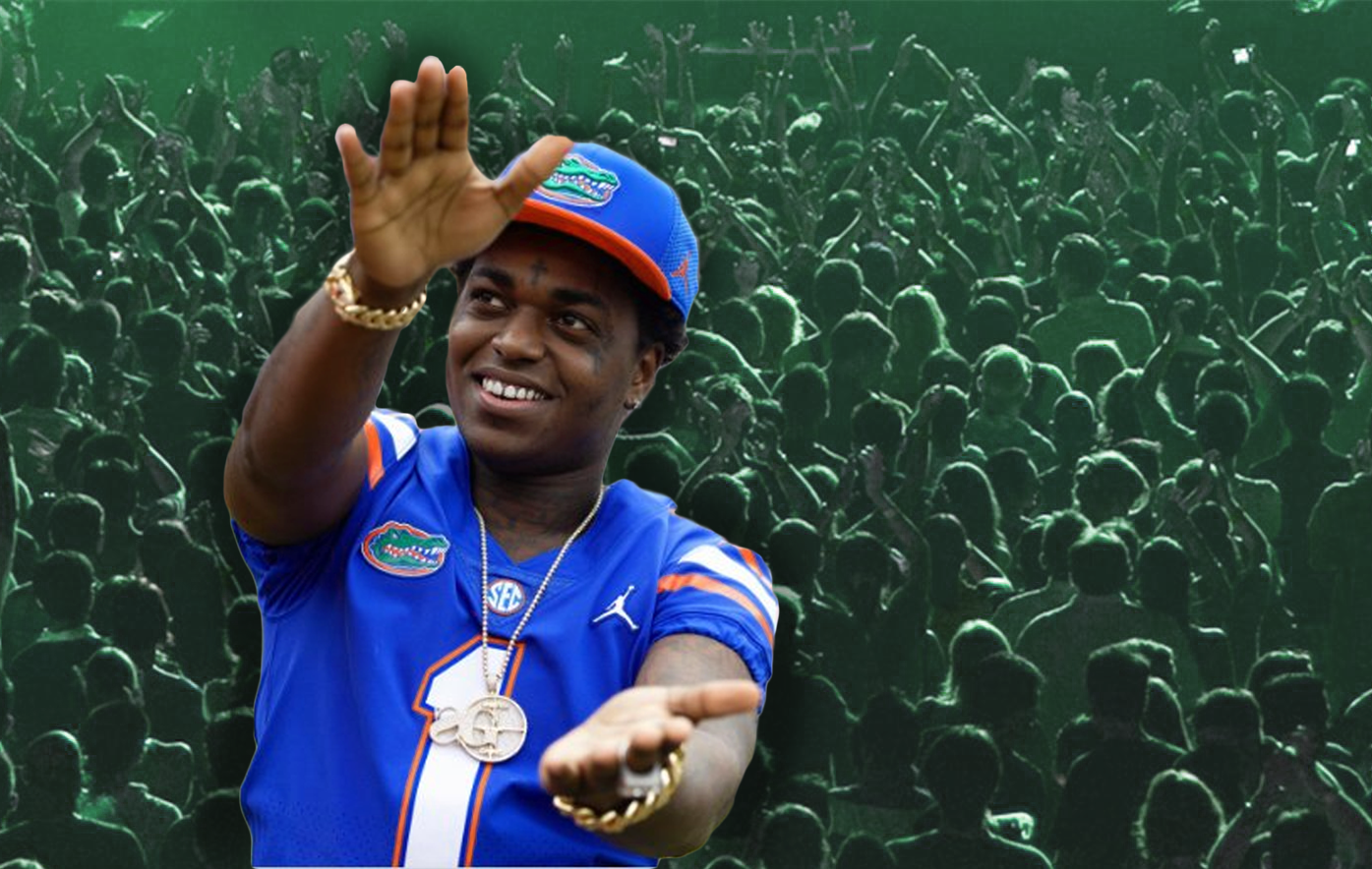 He’s repped orange and blue in his music videos. He’s vocalized his love for the Gators on social media. He’s even in the Gators’ locker room on game day. Now die-hard Gator fan Kodak Black has devised a new plan to be a part of the UF Class of 2023.

After rapper 21 Savage was arrested due to his immigration status, Kodak offered to perform in his place on February 27th in exchange for guaranteed admission to his dream school.

Kodak is intent on being the first person to headline at the O’Connell center before attending his own convocation there. Though he feels badly for 21 Savage, Kodak told us he’s been preparing for an opportunity like this for a long time.

“I would compare myself to Tom Petty in how my songs resonate with Gainesville’s history,” Kodak said. “I even wrote ‘Tunnel Vision’ about Norman Tunnel.”

The Florida-born rapper has been very vocal about his love for the Gator Nation on Twitter. He even let fans know that he was planning on getting a tattoo to show his passion for the top 10 public university. 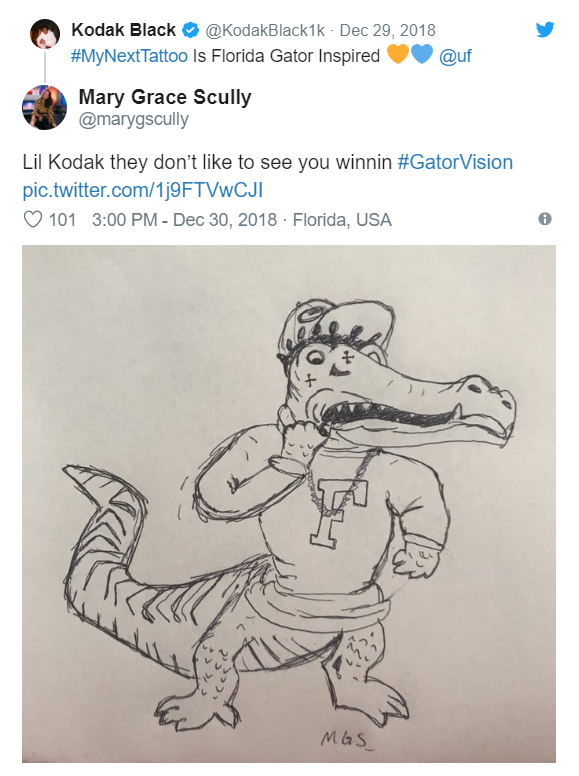 A UF admissions spokesperson confirmed that the office would be teaming up with SGP to consider the offer. Officially, the free concert would count as a supplement to his online application. We expect to hear back on his admission status at 6pm tomorrow.

Regardless of whether UF admits him, Kodak recently revealed that he will honor the Swamp with a new song, “No Chompin'”, a follow-up to “No Flockin 2 (Bodak Orange)”.