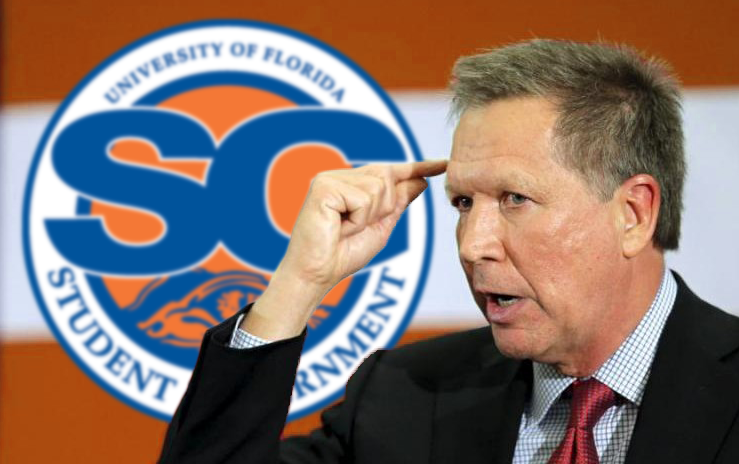 John Kasich, former governor of Ohio, has announced that he will remain in the Impact Party’s primary bid for Student Body President, despite unfavorable polling in several key dormitories.

One of many Republican candidates for the 2016 U.S. election, and most notoriously known for slightly standing up to the rhetoric of current president Donald Trump, Kasich has found a new way to have no meaningful impact on a governing body here in Gainesville.

“What happened in 2016 really took a shot at my ego, and after some soul searching, I’ve decided to enroll here at UF and attempt to lend my inconsequential ideas to the students in action,” said Kasich, mostly to himself.

The announcement comes right in time for Kasich’s speech tonight at the University Auditorium, in which he’ll not only slog along about his extremely inessential time as an executive force in Ohio, but also use the platform to make his case for being the Impact Party’s executive representative.

“You kids are into Linkin Park right?,” said Kasich while trying to recruit voters in Turlington Plaza. “I love me some Linkin Park.”

Kasich is expected to fight hard and get very far, but in the end it won’t really matter, just like in 2016.

His staffers have been seen filing in and out of his off-campus apartment in Midtown in preparation for a weekend rally at the Plaza of the Americas. Kasich is expected to shake hands and pat backs, if anyone will stop to talk to him. He’s expected to play “Stressed Out” by Twenty One Pilots, another of his favorites, to encourage students to interact with him.