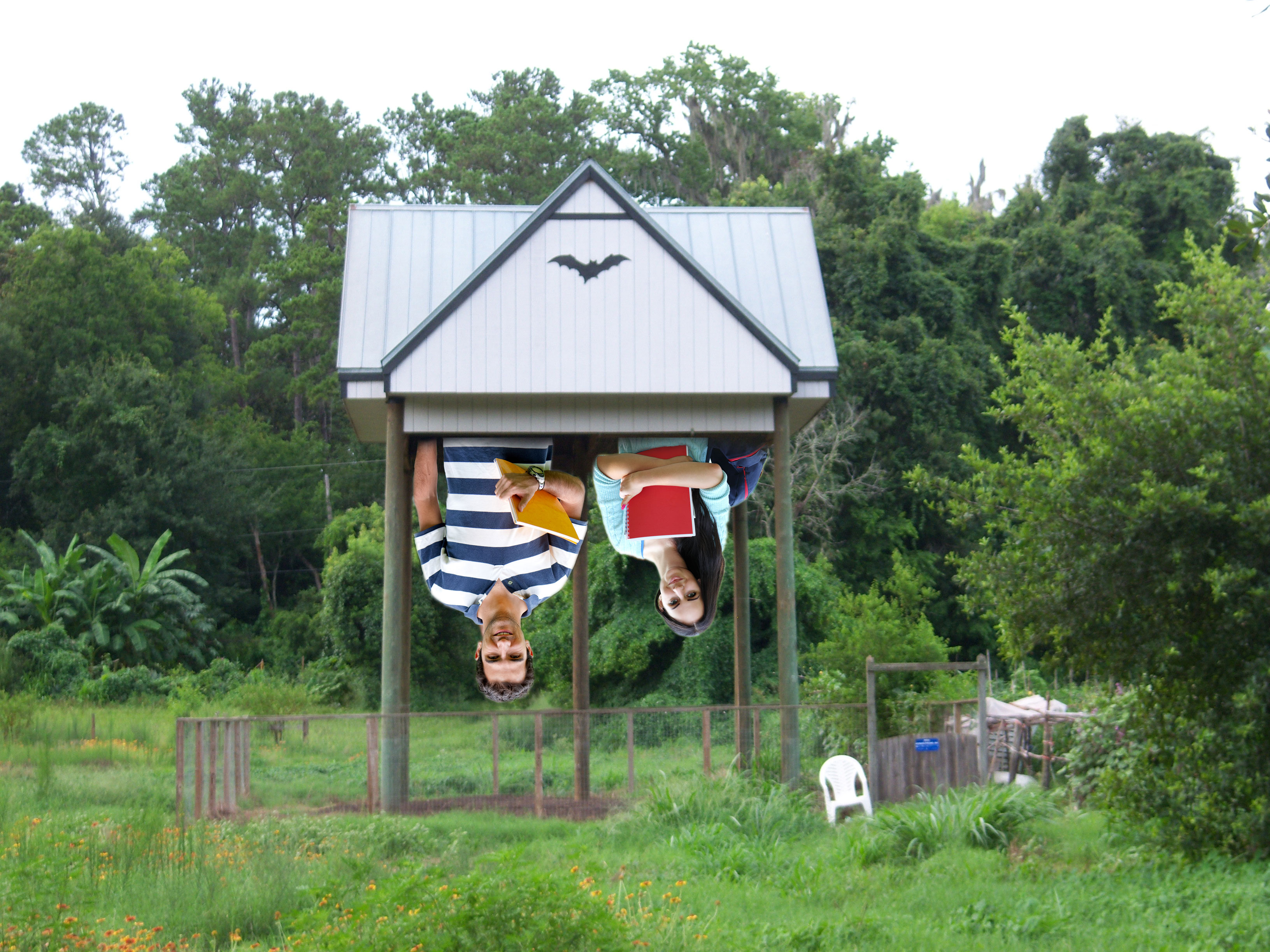 The students were found in their makeshift home after police were sent to investigate why all of a sudden all the bats seemed so upset. The UFPD officer said at first they suspected an infestation of bees, so finding 5 orange and blue clad teenagers came as quite a surprise.

“It was weird and kind of insane,”

“Two boys and three girls. They were squatting and refuse to come out, no matter how much we hosed them down or offered them cookies.”

The officers said that the houses were filled with Gator Dining takeaway boxes and memorabilia from the bookstore. One eyewitness estimated that they had probably been living there since preview, given the lanyards that were carefully hung on the walls.

“This is so unfair, I just saw the little check mark and it looked like a cool program,”

“Now I can’t even go on campus without being called a “trespasser.” There was one time I was just walking to Lib West Starbucks and the next thing I know I’m being thrown over an officer’s back and tossed across University Ave!”

Another of the bat-house residents said that he chose to live there just so he could at least hear the football games a little better, if not experience the atmosphere by watching the tailgaters across the street.

“Usually we just listen with a cup pressed against the wall,”

“But if we clean up in the lake, sometimes we can even sneak through the security guards and pass as regular students.”

Despite the living conditions and cramped quarters, all the students agreed that their situation was significantly better than living in Tallahassee.