Home Articles Harvard Declares Itself ‘UF of the North’ 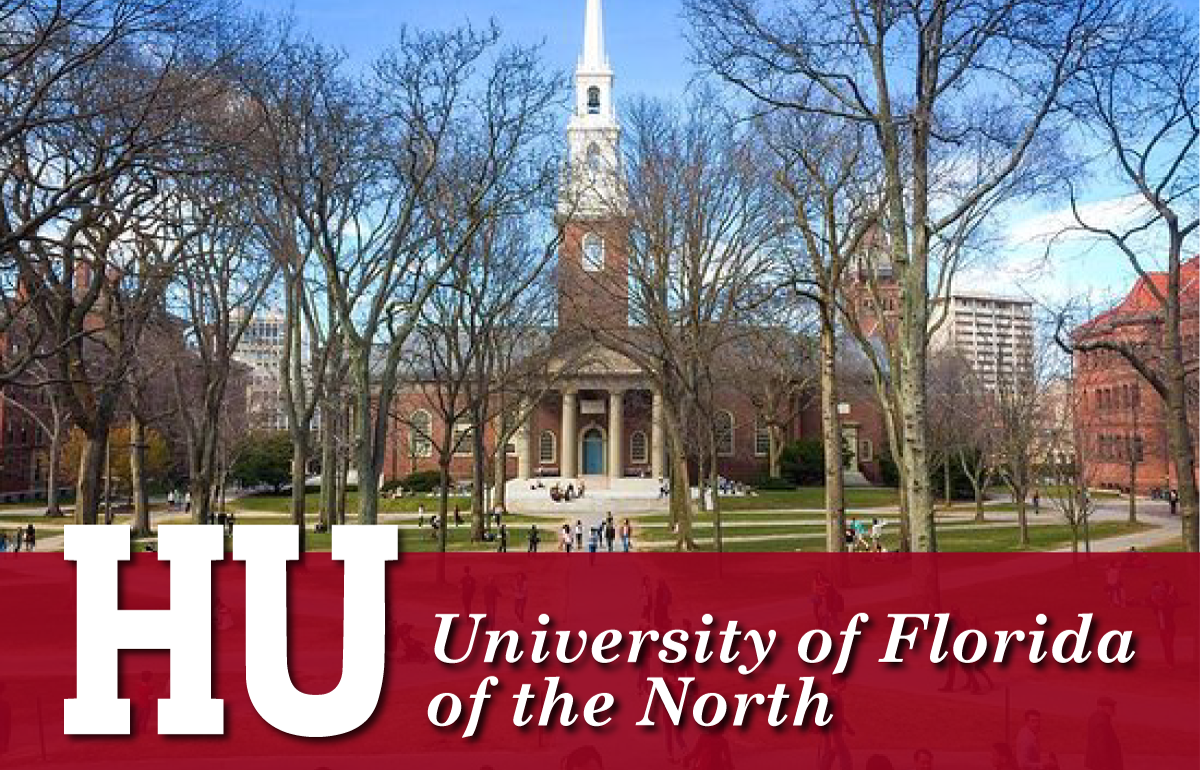 After being declared a top eight private school, Harvard, a research university located in Cambridge, Massachusetts, is proud to adopt a new title: ”The UF of the North.”

“Sometimes it feels like only native Bay Staters have heard of Harvard,” Harvard philosophy sophomore James Jenkins said. “But attending Harvard has many perks. For example, with tuition being a mere $45,287 a year, our school is a very affordable option for people with rich parents.”

On top of formalizing the new nickname, Harvard has been striving to emulate UF’s culture for a more authentic experience. By making on-campus parking impossible to find, they’ve forced students to pahk tha cah in Hahvad Yahd. The administration even invited Richard Spencer to speak on campus, though he declined due to ‘having a thing that day’.

“Campus is truly changing. We used to eat clam chowder out of diamond bowls engraved with Tom Brady’s face.  Now we only eat Chick-Fil-A and Starbucks,” Harvard business junior Christy Palola said. “Also, all our art installations have been replaced by abstract starch-themed sculptures.”

“This change has brought us together and shown us a new world where FSU sucks,” Jenkins said. “Everywhere you go, people are saying ‘Go Gators’ to each other, debating which library is better, and driving scooters illegally.”