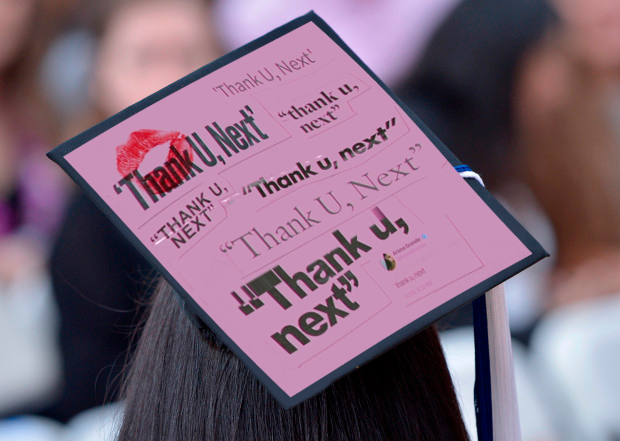 When University of Florida administration decided in August to change graduation ceremonies thousands of students were vocally outraged. UF will have an overall commencement in Ben Hill Griffin stadium and additional ceremonies for each college for students who wish to hear their names called.

Most students were upset they wouldn’t be projected on the O’dome Jumbotron as they walked across stage like at commencements in years past. But 22-year-old Design major Kelsey Langston was outraged for a far superior reason.

“I spent the greater part of my college career carefully planning, designing, and decorating my graduation cap. Then out of the blue, I had to start brainstorming for an ADDITIONAL cap for my college ceremony,” Langston said.

Langston says five months simply was not enough time to rethink her graduation theme to account for the dual ceremonies. Her original cap was to read: “She turned her cant’s into cans and her dreams into plans,” with a tasteful amount of glitter and pink accent paints.