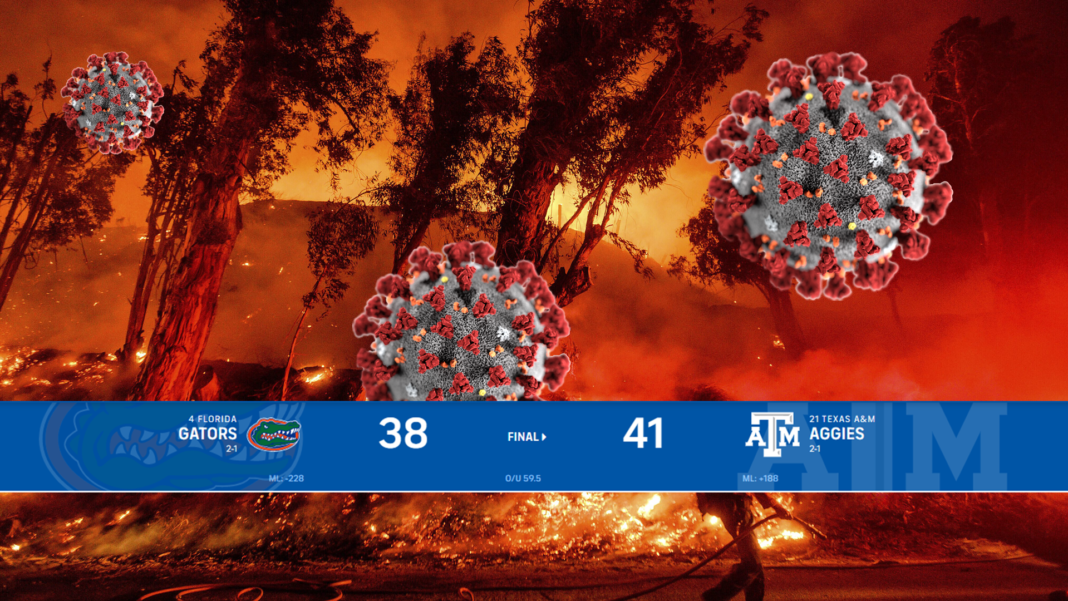 2020 has proven itself to be a historically devastating year. After enduring months of natural disasters, socio political unrest, and a global pandemic, we have truly seen the worst that this year had to offer. Or so we thought.

Saturday, all of that changed. When thousands of fans cheered their Florida gators on from home.When we let ourselves believe in something again. When 2020 once again decided to take everything away. Saturday, when we lost to Texas A&M, 38-41.

“I thought 2020 was bad when I was lost my summer internship,”

“But this is far worse than anything I could have possibly imagined.”

Spirits are at an all-time-low at the University of Florida, with both students and staff taking Saturday’s defeat very hard.

“The University of Florida has given up. That was the final straw. You win, 2020, we’re done. Football is cancelled. Classes are cancelled. Everyone, go home.”

UF announced in an official statement.

Blame for the defeat is largely being placed on the UF defensive coordinator, Todd Grantham, and his management of the team’s defense.

“Todd Grantham is an evil harbinger of death and disease,”

“UF is paying this man millions to break my heart. Fire him.”

Dan Mullen, UF’s head coach, has suggested that the large Texas A&M crowd is largely to blame, demanding that UF authorize full attendance of 90,000 fans for next week’s game. Sports analysts have responded, saying that the stadium could have been filled with 90,000 Florida linemen and still UF would have lost the match.

Still, after such a humiliating defeat, it’s hard to imagine what sick and twisted games 2020 has left to play. With three months remaining, 2020 has already taken over our semester and our season. How could things get any worse? Check back next week for the Crocodile’s coverage of UF Vs. LSU.