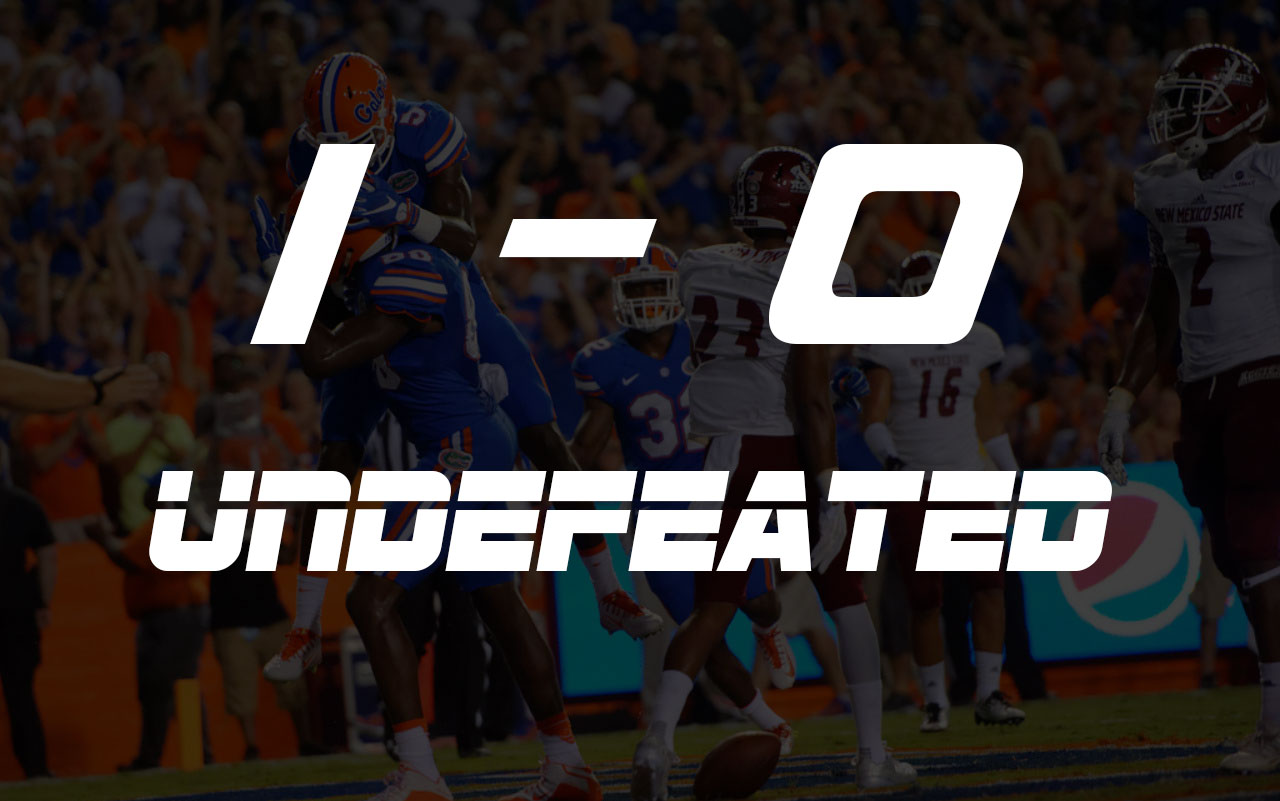 In a press conference after his first victory as the head coach of Gator football, Jim McElwain made a big announcement in regards to the rest of the team’s season.

The University of Florida football program will not play another down this season,”

McElwain said, picking up the mic placed in front of him only to drop it and walk away.

Not totally understanding the concept of dropping the mic, McElwain returned to the podium shortly, smiling and elaborating on his first statement.

The way I see it, we’re capitalizing on a loophole in NCAA football,” McElwain said. “We’re finishing our season undefeated, not many teams can say that, am I right?”

The Crocodile reached out to UF alumnae Tim Tebow for comment, who quoted a Bible verse too quickly for our staff reporter to write down, but was somewhere along the lines of:

McElwain, now eating an entire bucket of drumsticks from KFC, licked his fingers and continued his explanation.

“The way I see it, we’ll have at least two losses before Halloween,” McElwain said. “And I wanted to go as Urban Meyer. If I want to be Urban Meyer for Halloween, I can’t lose football games or my costume is ruined. See what I mean?”

Former head coach Will Muschamp, now a defensive coordinator at Auburn University, was blown away by the idea.

“I’m such a fool,” Muschamp said, face-palming. “I had so many opportunities to quit while I was ahead!”

The entire football team will be given the chance to keep their scholarships, but must find a way to fill up seats at Ben Hill Griffin Stadium during what would normally be their home games. Ideas have ranged from scrimmages to a much more rational improv comedy show.

I’ll be remembered as the greatest Florida coach of all time,”