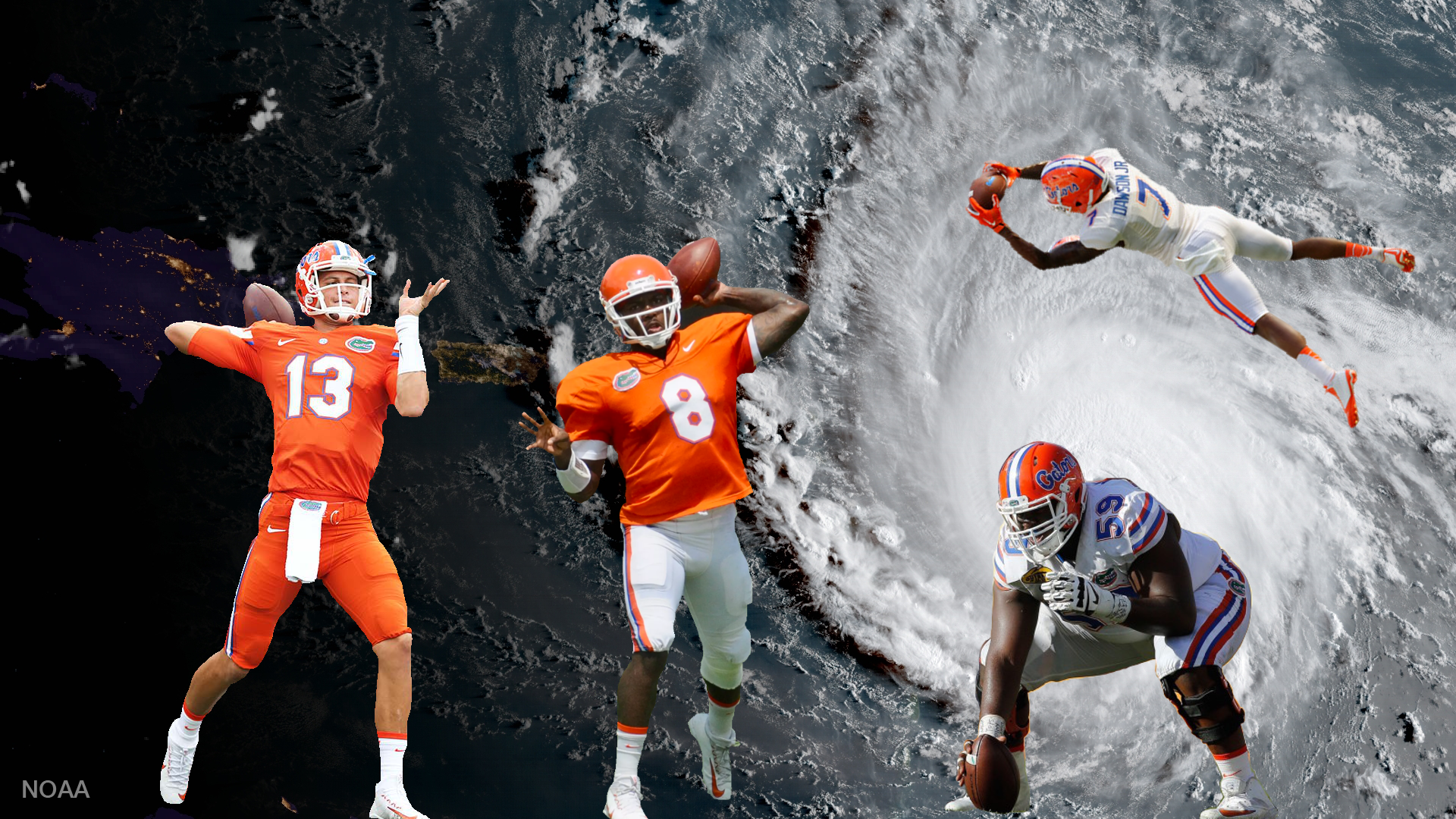 Under the cover of darkness following the NOAA’s initial forecast of Hurricane Irma, Jim McElwain and UF’s offensive line were spotted hauling massive box fans into the indoor practice facility.

“I like it pretty cold in there, having half a dozen 6 foot tall fans is just a personal preference,”

“Our guys are gonna love playing in a stiff, cool breeze.”

However, sources tell us McElwain has constructed what he calls “Mother Nature’s Front Four” a massive wall of industrial box fans spanning the entire south end zone of the indoor facility. The wall is intended to simulate hurricane strength winds during practice, in preparation for the weekend’s battle with the Northern Colorado Bears.

“I noticed something was up when footballs started pelting my house at all hours of the day,”

Said Mary LcCane who lives across from the indoor practice facility.

“I have an oddly helmet-shaped hole in my kitchen window and I found a jersey stuck in my windshield wipers this morning.”

Even more questions arose once 237 lb running back, Mark Thompson, was spontaneously propelled through the facility’s metal siding at an extremely high velocity. Fortunately, his superior footwork allowed him to spin out of a collision with a nearby golf cart.

The Gators hope to finally show off starting QB Feleipe Franks’ “cannon” arm, as he practices taking shots down field in 125 mph winds, though a sports medic has suggested that the first 12 rows in the bleachers may need to wear protective gear. When reporters attempted to reach Franks over Snapchat, he responded confidently.

“I think it goes without saying, we’re gonna blow those Bears away on Saturday ;)”

Needless to say, Northern Colorado should be unable to weather the storm. Even if they were to catch wind of McElwain’s tactics, Amazon is sold out of box fans.