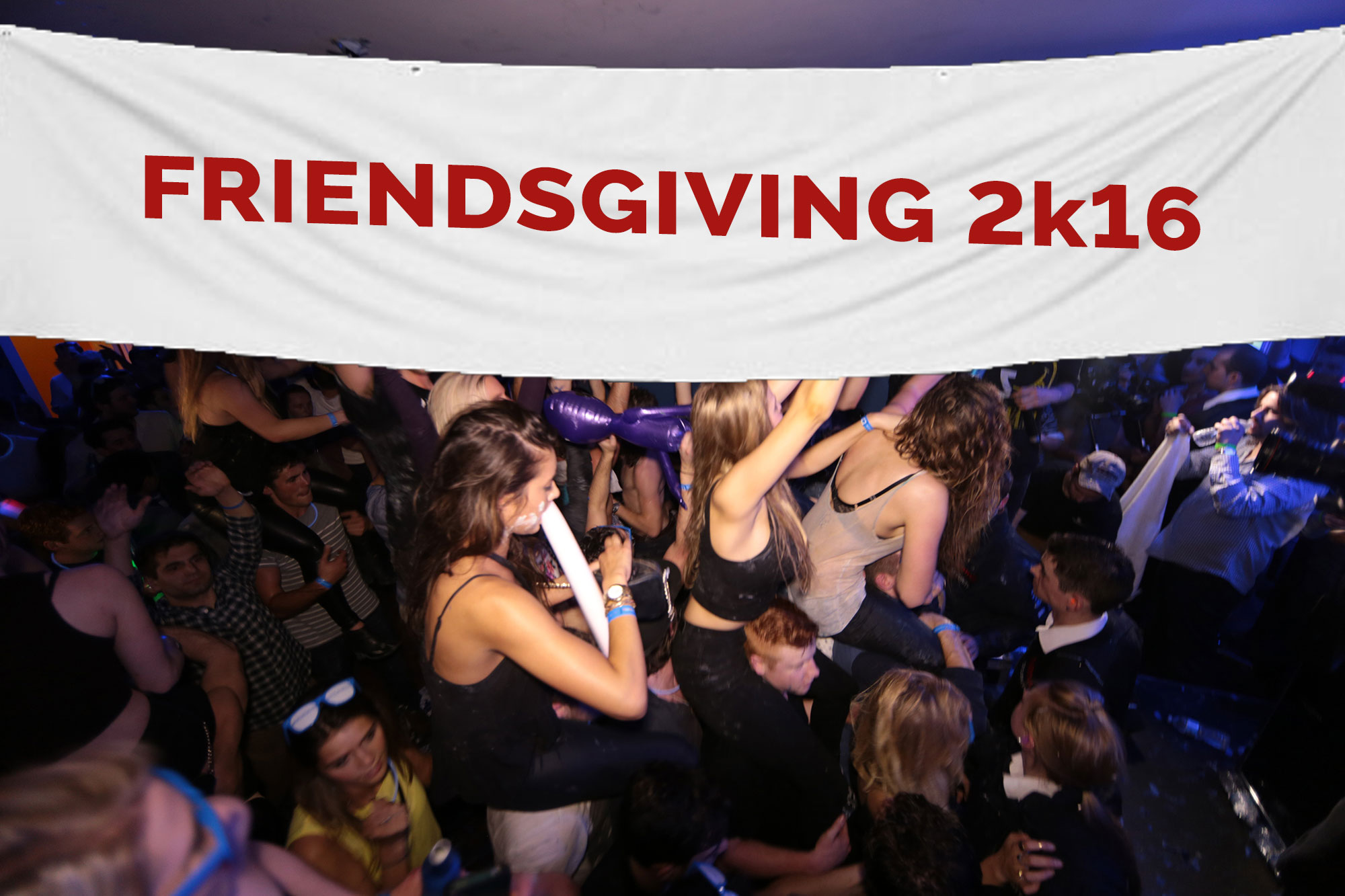 This weekend, a simple Friendsgiving celebration accidentally turned into all-night rager after one attendee brought a 24 pack of beer instead of cranberry sauce.

Lucas Klein reportedly invited his closest group of friends to his apartment for an annual FFriendsgiving dinner before he left for Thanksgiving break.

Klein created a Facebook page for the event named “friends-lit-giving,” which he supposedly marked as private, and invited approximately 10-12 of his friends saying in the description that he just wanted a “chill night with his favorite peeps.”

“I knew I had to drive four hours home the next day so I just wanted a quiet night to relax,”

“I thought the craziest part of the night was going to be seeing who got the bigger half of the wishbone.”

The next morning Klein said he woke up to over 500 RSVP’s, countless posts inquiring whether the event was “BYOB,” and various direct messages asking about available parking.

Klein believed he avoided the situation completely once posting in the Facebook page “this is not happening lolz.”

On the day of the event, Klein states he spent the afternoon driving to various locations to pick up the pre-made pumpkin pies and turkey, and returned to find his apartment complex calm.

Once having warmed up dinner in his microwave, Klein’s guests appeared an all reported that everything seemed normal. However, only minutes after cutting the first slice of pie, Klein said dozens of people were barging through his door and asking where his keg was.

“These people weren’t here to play a rowdy game of Apples to Apples,”

“Within minutes even my friends were taking Jello shots—even though I’m pretty sure it was actually just canned cranberry sauce with vodka poured on top.”

Attendants reported that the party lasted about thirty minutes before the Gainesville Police Department promptly shut the party down. One officer said it was the sixth Friendsgiving gone wild they had seen that night.

“Busting a kid for taking shots out of a gravy bowl may not be pleasant, but sneaking away half of their leftovers sure is.”