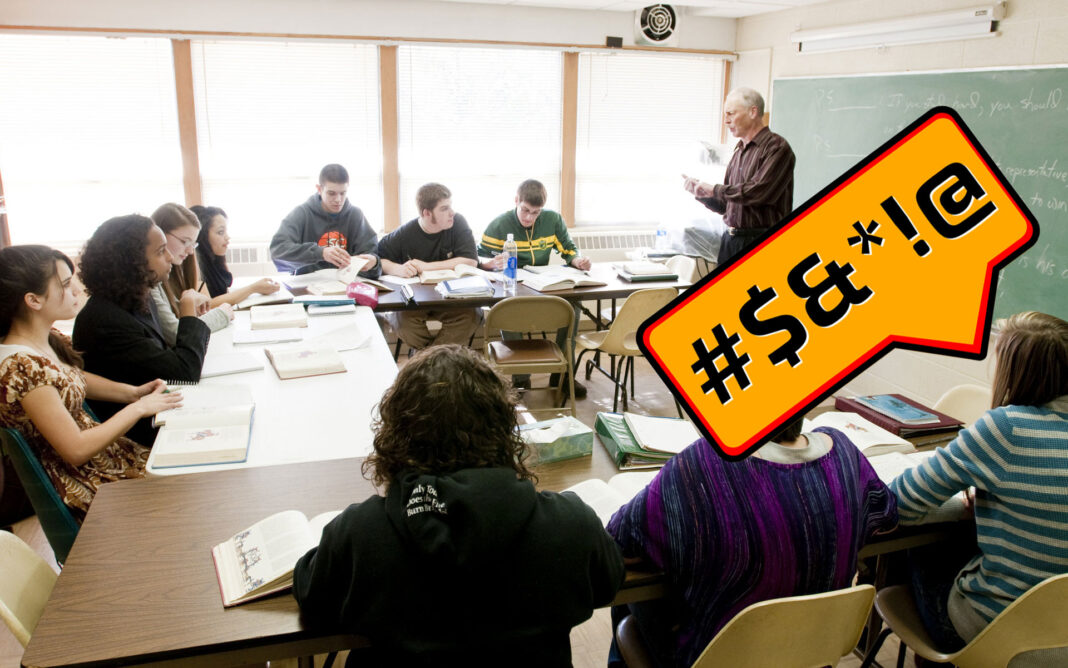 A local UF freshman is really enjoying getting to swear in his undergrad introductory fiction writing workshop.

Billy Baxter, 18, had no idea that he was going to be allowed to say naughty no-no words when he signed up for CRW1101, Introduction to Fiction Writing, taught by one of the MFA grad students.

But when the instructor had students read one Denis Johnson story that contained references to marijuana as well as the word “damn,” he knew he was in for the adult-themed literary thrill ride of his life.

“I love getting to drop the f-bomb while talking about Bartleby the Scrivener for no reason.

Everyone in my Zoom lecture perks up and looks around with an expression that’s just, like, ‘can you believe this guy!?’ He just said a cuss word! In class! That’s so cool!”

Students in Baxter’s class have gotten the opportunity to say things they never would have before, like saying how the ending of The Sun Also Rises is “complete bullcrap.”

Baxter, a computer science major, has stated in a press conference that he is taking Intro to Fiction Writing because he has a lot of “sick story ideas” and just wants to get honest feedback. Said Baxter:

“One of my stories is about a blood demon who goes back in time and kills Robert E. Lee, and also he’s the son of an angel and has giant leathery bat wings and can talk to horses. It’s pretty adult stuff, it’s not for kids.”

Around campus, other students have similarly reported enjoying getting to talk about drugs and grown-up dirty stuff in several introductory liberal arts classes. UF administrators, upon hearing that this was going on, have been reported to be dropping their monocles into their martini glasses and saying, “Well, I never!”