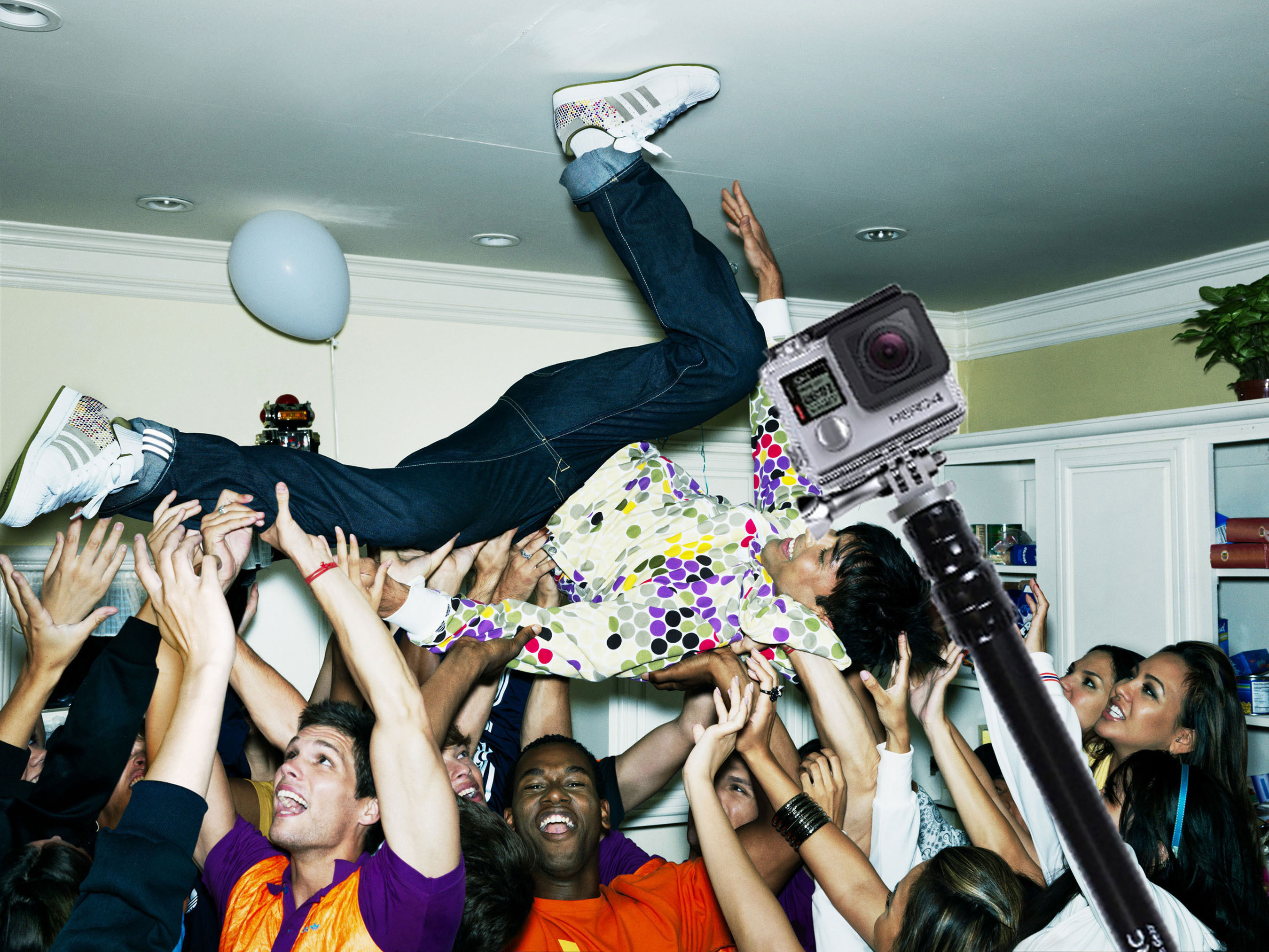 Every freshman’s first weekend in Gainesville is a pivotal moment in their life, that’s why Freshman Greg Donavan decided to film the entire night via a GoPro strapped to his inner thigh.

Donavan thought filming from this angle would give the footage that “authentic” and “artistic” affect.

“People film their experiences at raves all the time,”

“I bet my night at Cantina is going to be just like Ultra or Coachella!”

Donavan’s first recording experience didn’t end as well as he had hoped, after approximately 12 drunken club-goers spilled their tequila sunrises down his camera-strapped leg, however the wild night out inspired Donavan to start his own blog of “crazy” nighttime experiences down in old Gainesville.

Donavan claims he is the only “director” and “videographer” in the area who offers free live footage of the line outside Relish in addition to the more classic style clubbing videos.

“Sure sometimes I end up with a few bruises when the bouncer thinks I’m a ‘creep’ or ‘underage,’”

“But it’s all worth it to get that shot of a sweaty guy “breakdancing” to Pitbull songs in a puddle of warm beer at the end of the night.”

If Donavan’s blog does as well as he anticipates, he told reporters he wants to release a line of party products associated with his brand.

Products will include “Donavan caught the guy stealing my iPhone on tape” t-shirts, alcohol proof clip-on microphones, sticky boob night cameras and proper documentation that will allow Donavan to post the footage of you peeing outside of Grog.