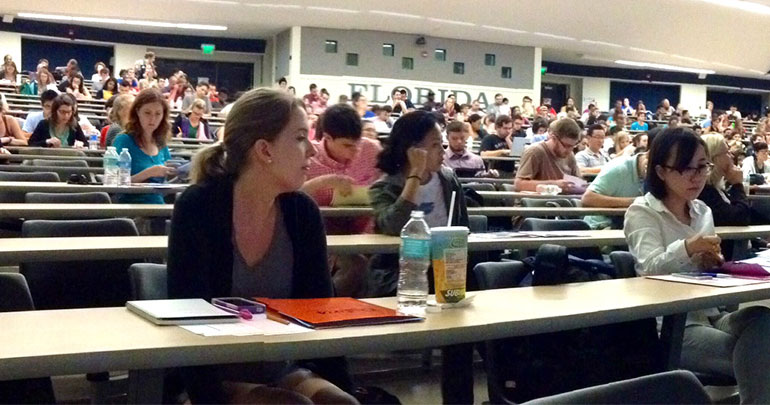 A student accidentally revealed that he was a freshman to his entire 235 person lecture Wednesday morning after he raised his hand to ask the professor if he could use the restroom.

According to eyewitnesses, Eddie Yung, 18, was sitting in the second row of Carleton Auditorium when he shot his hand in the air and waved it around until the professor finally called on him—which is when Yung made the crucial mistake of asking for permission to go to the bathroom.

“I felt like I was watching it in slow motion, I never thought it would end,”

“I was hoping, for his sake, that this was all just a bad dream or we were all on Punk’d.”

Yung told reporters that he is an Innovation Academy student, and the lecture Wednesday was his first ever college class. He said that, even though the professor responded kindly, only saying ‘you don’t have to ask next time’ by that time he already knew it was too late, and that he had inadvertently exposed himself as a freshman to his peers.

“Nothing about high school ever prepared me for this moment, how was I supposed to know we could just leave class whenever we felt like it?”

Yung said, who later told us he skipped his next class to do this interview ‘because he could.’

“You know, on one hand it sucks that I embarrassed myself in front of a large group of my peers, but on the other at least now I know I’m free to just do whatever I want!”

After the incident, Yung was spotted switching seats to the back row of the class and has since posted in the UF class of 2020 making a public announcement so that others can ‘learn from his mistakes.

However, a friend of Yung’s confirmed that he still shows his UFID on the three digit buses.