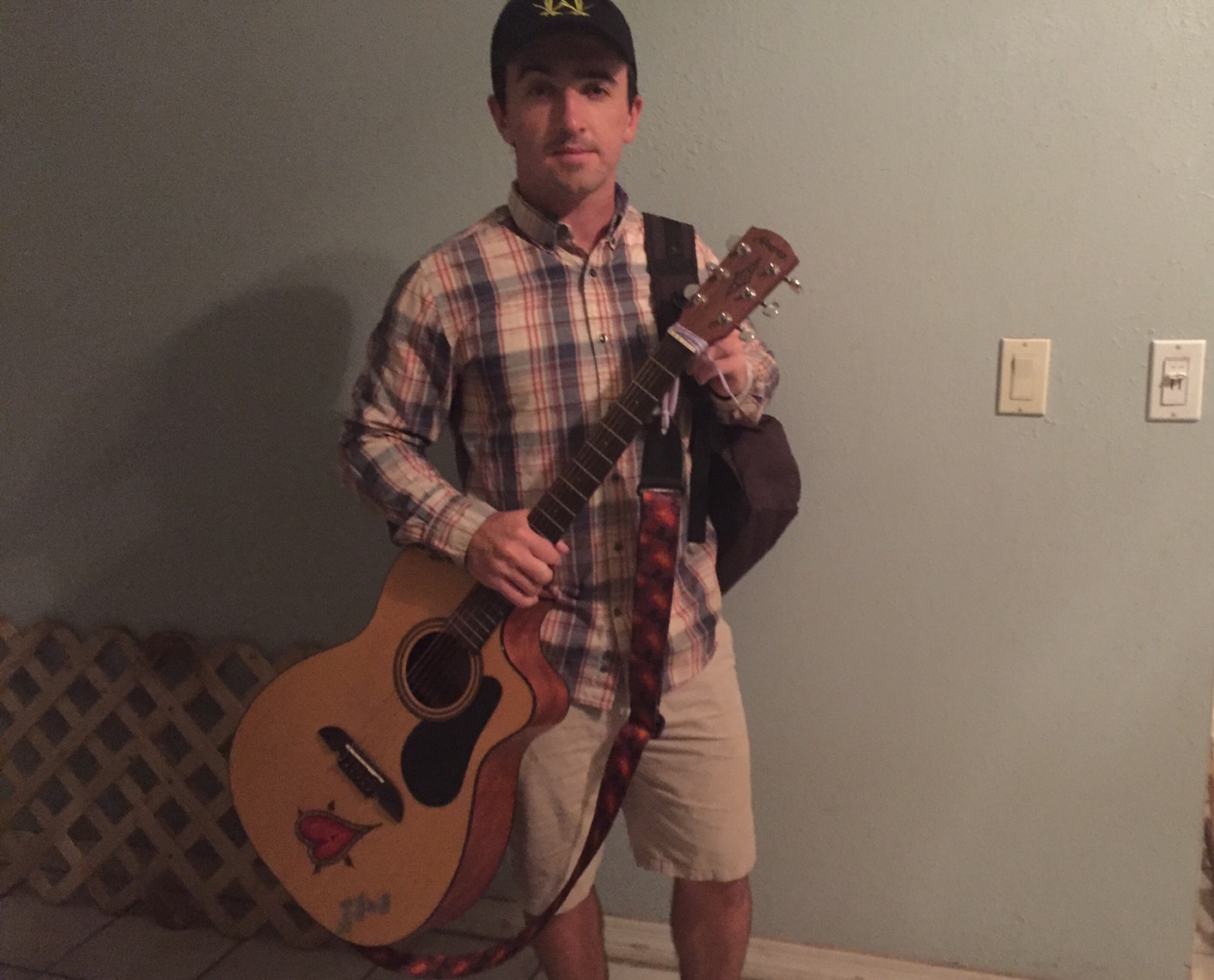 Freshmen, much like dogs and Bachelor contestants, just want to be loved. One freshman, Eric Jon Bovi, decided buying a guitar would be the best course of action to be socially accepted.

“Everyone loves that guy who brings his guitar out in the middle of the party even though there’s already music playing.”

Said Bovi, who made friends in high school by learning the clarinet.

Other freshmen say there are much easier ways to find friends.

“I usually just post in the rideboard and once they’re in my car I drive aimlessly until we’re in the middle of nowhere and I pretend like my car broke down and then have my cousin dress up like a clown and jump out of the woods and chase the people in my car for a little bit until I ‘fix’ the car and we escape and are now friends.”

Said anonymous person on the ride board.

Bovi said so far he has attempted to bring his guitar to most places on campus, from Turlington to Krishna lunch in the Plaza of the Americas, but got unpleasant feedback when he attempted to play ‘Sweet Caroline” over “Hare Hare Krishna Krishna pt.4.”

“I don’t care though, I want friends but not enough to eat whatever is in that red goop.”

As with any talented musician, Bovi said he has a plan for when he gets too bored of carrying around a heavy guitar that serves very little purpose but to be aesthetically pleasing.

“I never really wanted to actually play the guitar anyway, just kind of strum it softly like John Mayer,”

Said Bovi, who could’ve just brought his Xbox to his dorm to make friends.

“But I think if I don’t learn the chords to ‘Hey There Delilah’ soon I’m just going to write poetry about clouds to show to girls. They’re into that stuff.”

Bovi said that while none of his endeavors have helped him to make many new friends yet, he did exchange numbers with a girl who could only play the chorus of Somewhere Over The Rainbow on her ukulele.