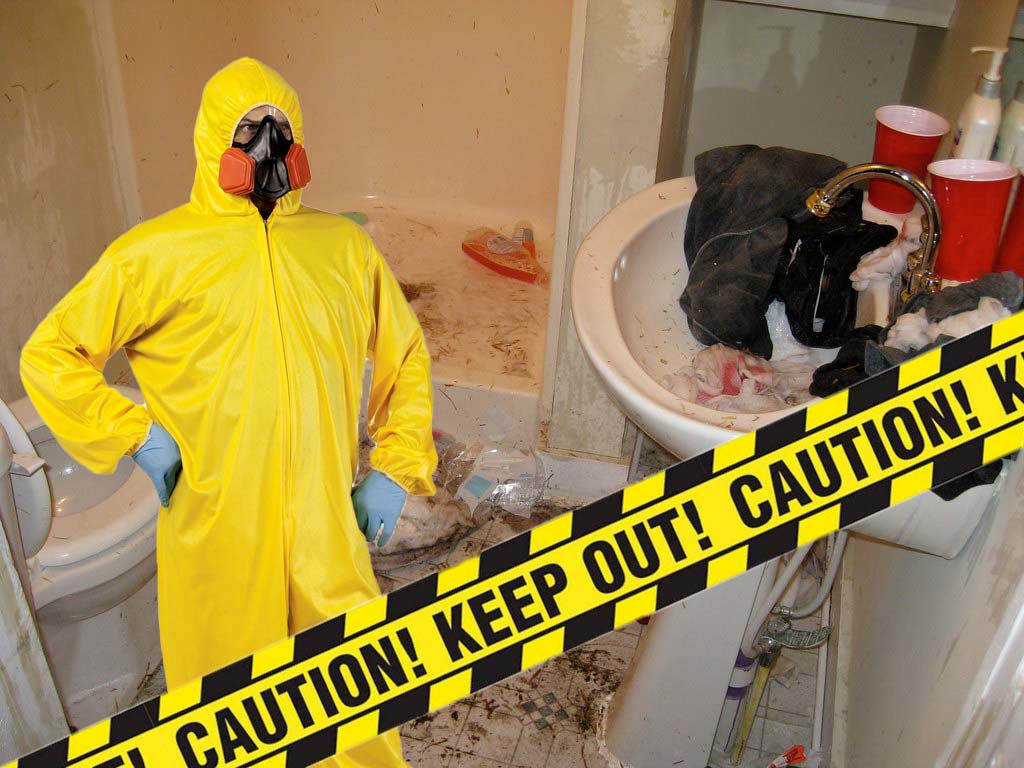 The Center for Disease Control and Prevention has announced that it quarantined a single fraternity house bathroom and restricted it to level 5 access after discovering an unknown bacterial entity had taken over the room.

“This has nothing to do with COVID-19.This…this is something else,”

“We can’t even identify the bacteria – it’s unlike anything I’ve seen before.”

Unlike most forms of bacteria, this strain appears to be resistant to cleaning agents. It also responds to light and sound and appears to be rapidly evolving. CDC scientists discovered the bacteria was more active when placed in an environment with strobe lights and Mo Bamba on blast.

“This discovery has left the scientific community shaken to say the least,”

“We don’t understand how the young men who live here could possibly have cohabitated with the bacteria for so long.”

The University of Florida has assured students they are in no immediate danger, but should avoid all fraternity house bathrooms.However, students should also be warned that the germ is evidently able to thrive in environments no other living thing could, making it extremely hardy.

“The bacteria has flourished in its current habitat. My colleagues and I are now concerned about the bacteria cropping up in identical environments.”

“We have to act fast if we want to make fraternity bathrooms safe, or, as safe as they can be.”

The University of Florida has asked students to report any suspected cases of the bacterial strain. If you see something, say something.