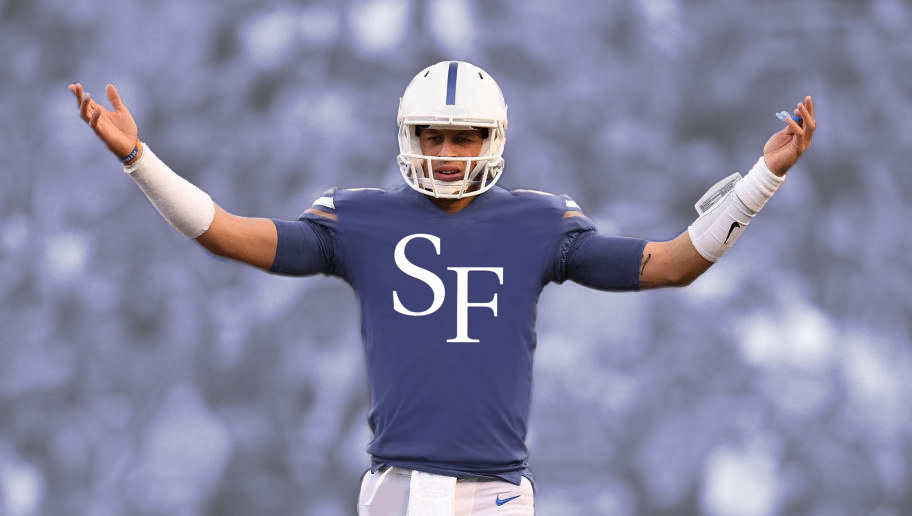 While the Gatornation is still recovering from a devastating loss to the University of Georgia, the coaching staff has been busy making changes. In a surprising move, UF sent Feleipe up I-75 in a trade to Santa Fe College.

Franks, also known as “the guy that threw that one pass last year” has been the starter for two years, and now the search is on for a new quarterback. Among the rumored replacements for Franks are Punter Tommy Townsend, Dennis, and the team water boy named Carl. Campus is still trying to figure out the logistics of the trade, such as whether Santa Fe has a football team and if you can even make trades in college football, but the coaching staff sees the move as a huge win.

“This was one of the hardest decisions of my coaching career,” said Mullen. “It took us a good 3-4 minutes after the game to decide whether to trade him, but I think we’re getting a good return for him.”

Upon learning that there literally isn’t a draft in college football, meaning Franks was traded for absolutely nothing, Mullen was heard saying, “we just got a lot better”. Within hours of the trade, we were able to score an interview with Franks to get his opinion on the change.

“I had no idea this was coming,” said Franks, who claims he was only a few years away from becoming a quality Quarterback. “I really felt like I played well against Georgia. If you forget about the interception, the fumble on our own 1 yard line, and like a few other plays, It was a heck of a game.”

As the University moves on without the enigmatic Quarterback, fans are turning to the future. According to an extremely accurate fan poll, Carl the Waterboy is the runaway favorite to win the starting job.