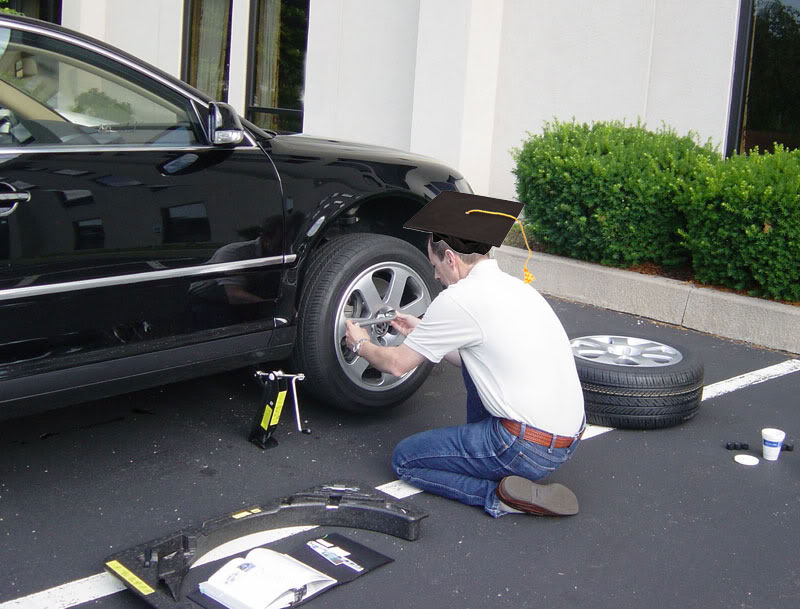 Masters of Engineering student Johnathan Khaling was stranded for hours on Archer Road Thursday after the left front tire of his Toyota Camry ran over a small nail and became flat.

“I can design a rocket ship from scratch but this was completely out of my expertise.”

Said Khaling, who also unsuccessfully uses the ‘I can design a rocket ship from scratch’ line to pick up chicks.

“I guess I just have to get a new car now, I’d been eying a Prius anyway.”

At first, Khaling said that he used every tool in his trunk in an attempt to remove the flat tire. But after his protractor and the screwdriver in his swiss army knife didn’t work, he was forced to re-evaluate. At first Khaling attempted to restructure the frame of the car so it would be able to drive on just three wheels, but then he eventually came up with a new hypothesis to call a tow truck company.

“The worker from the tow truck company was really helpful and modest, he wouldn’t even tell me where he received his PhD from.”

Said Khaling, who tried to discuss astrophysics with the mechanic but was drowned out by the mechanic playing Tim McGraw.

The mechanic, Jim Boole, said he was glad to help Khaling out, even though it took time and valuable money away from him towing helpless visitors in Gainesville apartment complexes at 4am.Boole said that this wasn’t the first time a student from UF’s Engineering grad school has had trouble with their transportation vehicle.

“My thesis didn’t get into the complexities of how a 1999 Honda Civic engine could just fail me out of nowhere.”

Khaling has said that he hopes to start a program to help engineering students learn basic tools in case they get stranded with car troubles as he did. The program will start as soon as he as finished reading his 45,000 page Toyota manual.