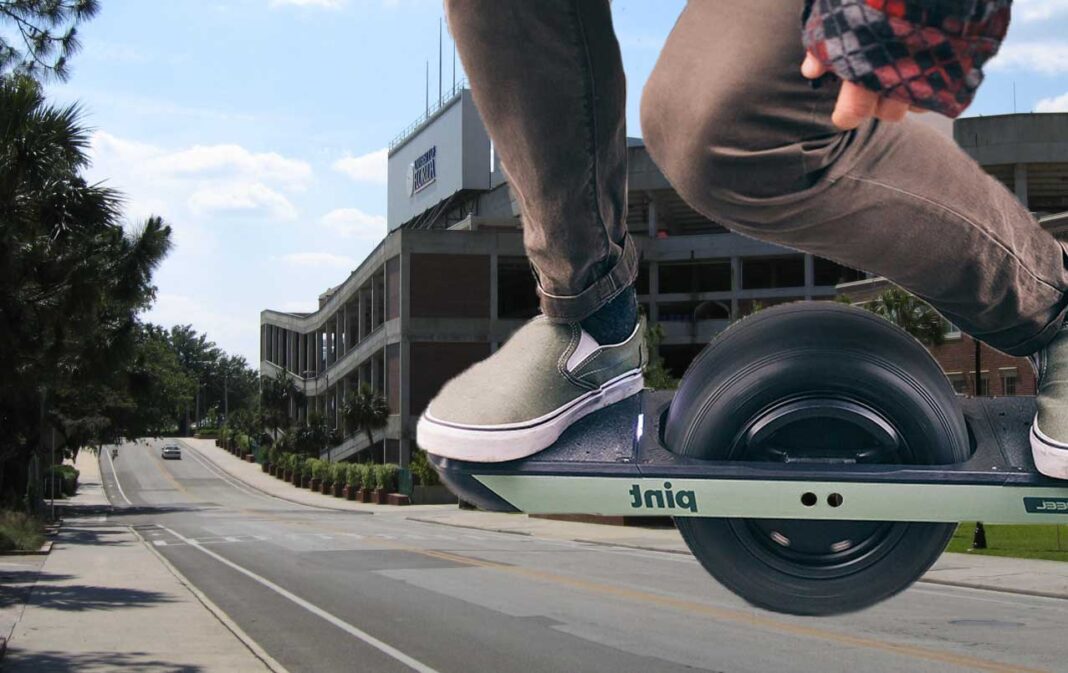 Citing themselves as the most important organization on campus, members of Gainesville’s electric skateboard community have declared themselves essential workers in an effort to seek leniency with COVID-19 restrictions and receive government assistance.

“We need that government money so we can keep providing a necessary public service,”

“It’s hard work constantly scaring people by weaving around them at 20 miles per hour, missing them by inches. How do you think we feel? We put our radical lives on the line every day.”

The declaration, issued in partnership with UF’s Committee for Wheeled Objects , marks the first public press statement by URGES since the Boosted Board Disaster of 2018 which left several campus tourists with burns, and left two Cicerones paralyzed from the ankles down. Other groups that have declared themselves essential workers include the UF Monowheel Society and The Association of Hammockers.

Vanderquilt released an exclusive follow-up statement to The Crocodile after several students and faculty questioned the group’s legitimacy.

“We’re the most important people on campus. Everyone knows it, even if they pretend to be annoyed with us.”

The statement cited, which was posted to the group’s Facebook page with 26 likes.

“It’s crucial that we have protections that allow us to keep grinding and carving and bobbing and weaving in – between all the bipedal suckers whose parents can’t buy them a skateboard that plugs into an outlet every night.”

The CDC has issued no comment on the declaration, though there has been backlash from riders of non-electric “analog” skateboards, who view URGES members as total posers who can’t even carve, man. URGES’s controversial street surfing practices have also come under fire by the Association of Old Grumpy Men Shaking their Fists.