Home Articles Donald Trump Jr. to be Paid $50,000 in Flexbucks 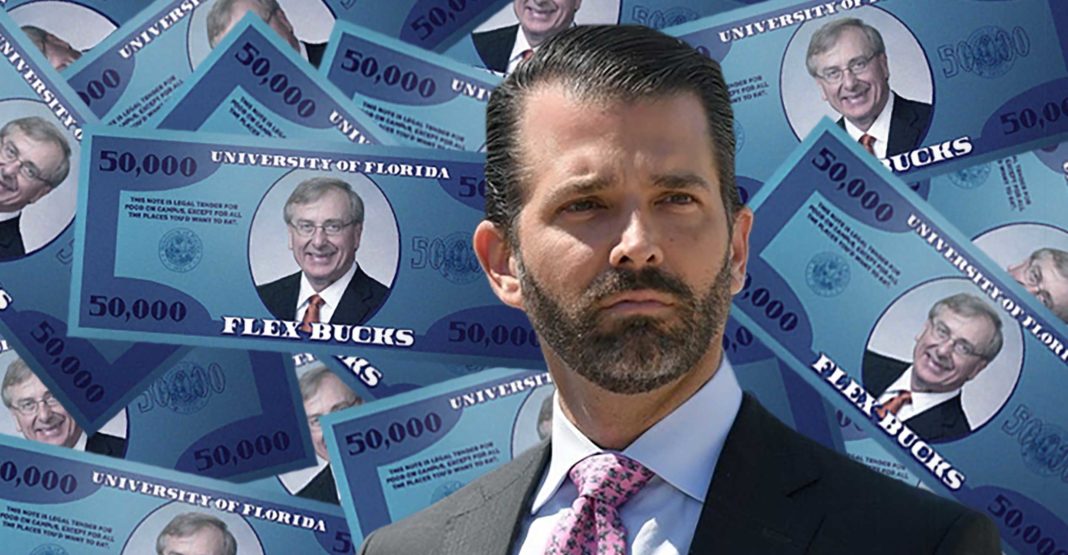 On Thursday, Donald Trump Jr. is set to speak at the University Auditorium, kicking off the ACCENT Speakers Bureau fall lineup. This announcement has sparked outrage among students, especially around the fact that he will be paid 50,000 dollars from student activity fees.

As a way of appeasing students, the University of Florida has decided that the 50,000 dollars will instead be paid to him using Flexbucks, the official currency of Gator Dining Services.

While $19.06 per credit hour of “real money” goes toward the student activity fee, Flexbucks simply appear out of thin air and are subject to dissipate from your Gator One Central depending on the mood of the lady working the front desk.

“Well, I had hoped to be paid in regular U.S. Federal Currency, but I suppose I should have read the contract.”

Said Trump upon hearing the news.

“But I am excited to try the University of Florida’s take on my favorite dish: plain toasted bread.”

The university hopes that this will inspire Trump Jr. to become a more frequent visitor on campus, noting that he is “welcome back any time,” and to remember that all Flex Bucks expire at the end of the fall semester.

The University of Florida would like to make clear that this addendum is in no way influenced by FSU accepting Monopoly money as a form of tuition payment.