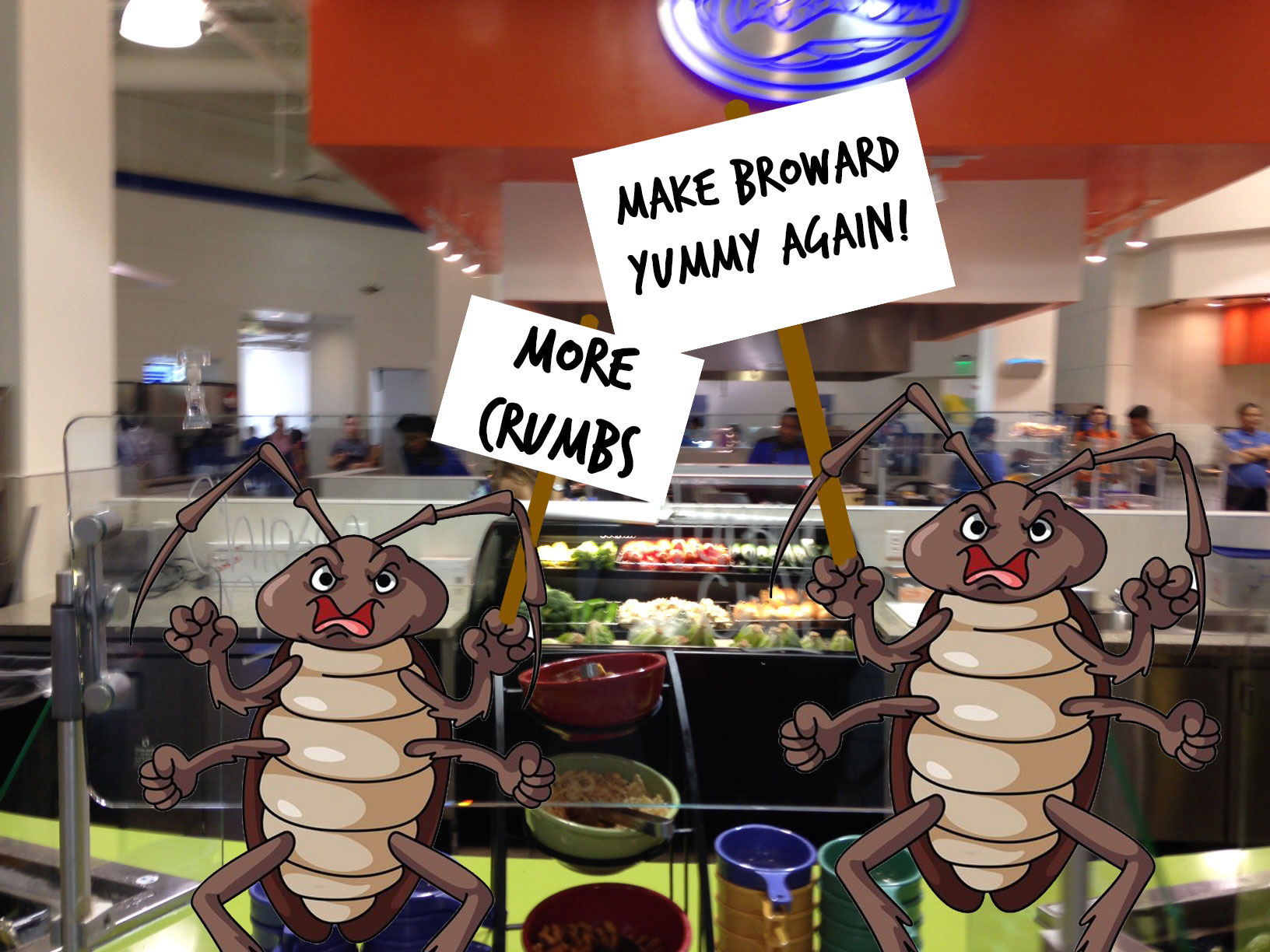 A representative from the new cockroach community in Broward Dining Hall announced this morning that they plan to protest their “unlivable conditions” this week.

The spokesman, Alan Buggard, said that these protests have been a long time coming. According to Buggard, the cockroach community has been putting up with the decline in the quality of their home space for almost their entire life span.

“At first it wasn’t so bad, lots of crumbs and stuff you know,”

“But after a while it was like, there were so many of us and you can only eat pizza for so many days of the week.”

Roachenson said that at the beginning it was like a paradise for them—in the summer months they ate gourmet food like goat cheese ravioli and devil’s food cake, and they got used to being stepped on and swatted at by workers, but when preview ended everything changed. The tipping point was when UF students started snapping photos and screaming at the sight of them, Roachenson said.

“We’ve lived in harmony before, I had a great human friend in the Jennings showers,”

“But all of a sudden you take your kids to eat some Capt’n Crunch and its full-fledged chaos.”

The protest will be taking place Wednesday when the cockroaches will do a walk-out. Buggard said they originally planned to do a sit-in, but when one of their planners saw a can of raid in a supply closet they changed plans. Now, the roughly 500-2,500 insects will all crawl out at once at 9 a.m. to make a point to the staff that they are willing to take a stand. Buggard said if this doesn’t work, they will take further measures.

“If things get any worse here, we might have to make a move into the girl’s dorms in Broward and no one wants to see that happen.”