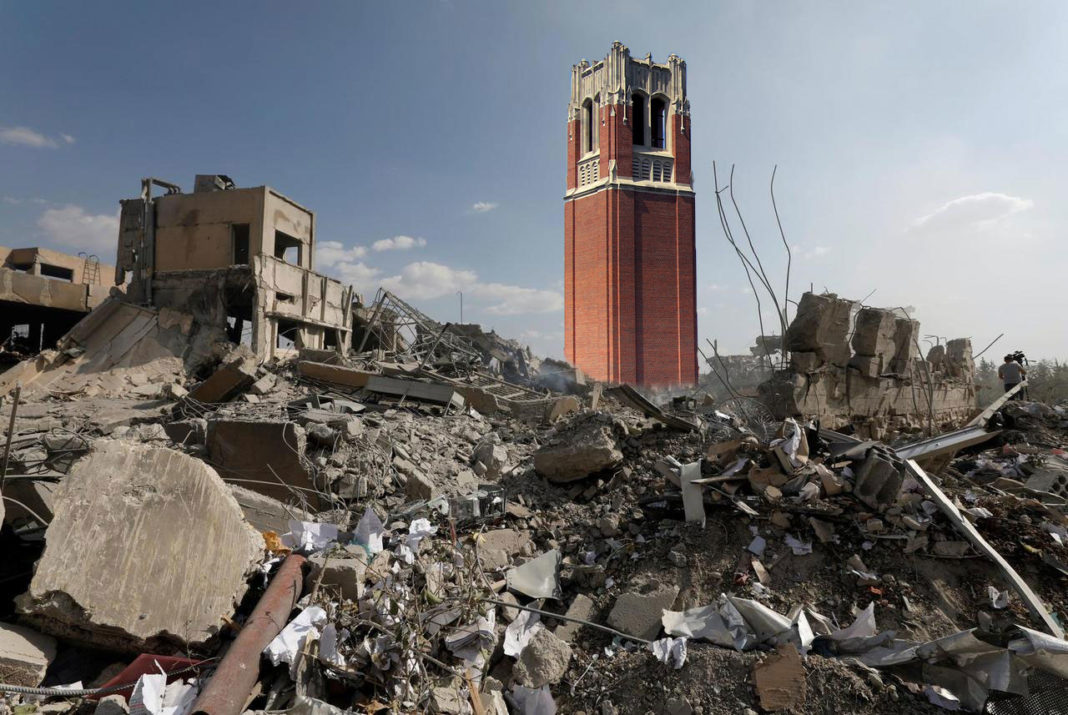 The University of Florida recently confirmed via email newsletter that all class schedules will remain unchanged unless the entire campus was “destroyed beyond all recognition.” The news comes at a distressing time, as many students will now have to worry about turning in their homework on MyMathLab in addition to surviving the deadly storm.

“No classes will be cancelled until Century Tower is rubble and the Reitz Union is completely underwater,”

“I mean, you guys already have Labor Day off. Now you want more?”

The University assured students that it would be perfectly safe to attend classes in the gale force winds and that they should be used to this sort of thing by now. In fact, class attendance during the 2017 Hurricane Irma actually increased by 25% due to students’ burning desire to learn.

Despite many students’ outrage at the decision to keep classes going on, some students are unaffected by it.

“I’m in the business school, so I’ve never actually been to campus,”

“But I hope the 130mph winds don’t disrupt my live feed of Professor Rush making jokes about the Director.”

The University said that although its decision to remain open was likely final, it would contemplate canceling classes for an extra day if it was struck directly by a meteor in addition to Hurricane Dorian.