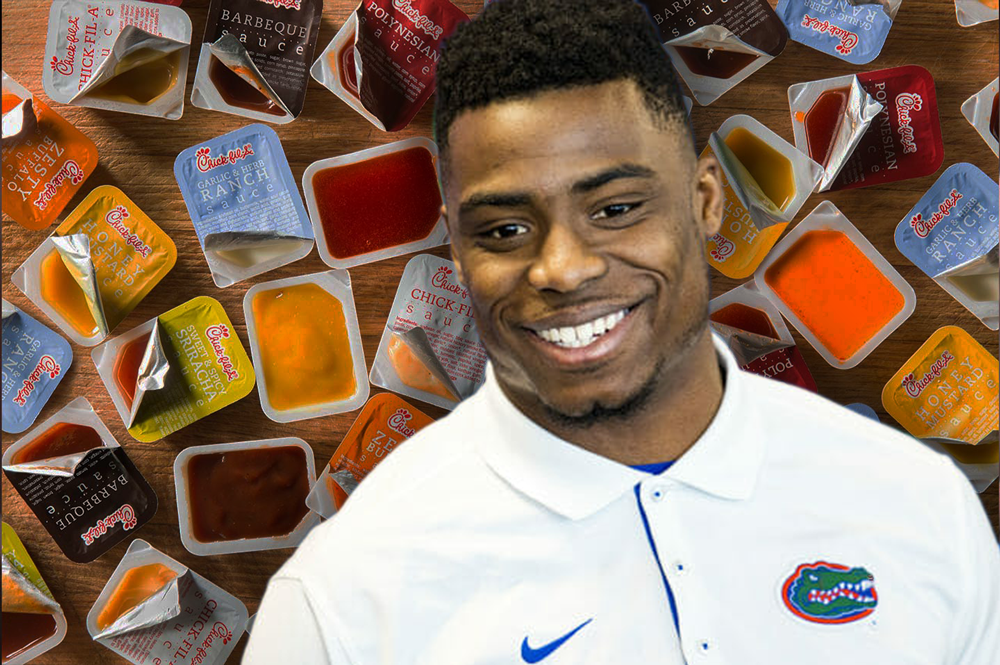 When he declared for the NFL draft on September 26, Chauncey Gardner-Johnson vowed to play in Sunday’s Peach Bowl out of 100 percent commitment to his team. Late Tuesday night, Gardner-Johnson admitted his motives weren’t so pure.

“It’s great to be a Florida Gator,” Gardner-Johnson said at an emergency press conference, “but getting paid to play in Polynesian Sauce-drenched nuggets really sweetens the deal.”

Chauncey told reporters that free Chick-fil-A for breakfast lunch and dinner from December 23 to December 30 was an economic opportunity he couldn’t pass up.

It seems reasonable that Chauncey was rewarded for his four years of Division 1 play with a free breakfast, lunch, and dinner item – with the choice of a cookie – each day of his stay. Using the menu prices on the Chick-fil-A website, Crocodile statisticians performed complicated math equations to discover that the value of the compensation: about $76.23.

The Home of the Original Chicken Sandwich was sure to have provided the sauce that would fuel the Gators to a 41-15 win over Michigan. Chauncey told reporters he wasn’t going to miss the opportunity to spike his Gatorade with Chick-fil-A sauce.

(A Chick-fil-A spokesperson refused to comment on the value of the sauces offered, claiming they’re given out for free. We’re forced to assume they’re priceless).

“Sure, the two picks and the touchdown were nice, but that free Chick-fil-A sandwich though, that’s the Gator Standard right there,” said Gardner-Johnson, between handfuls of waffle fries.