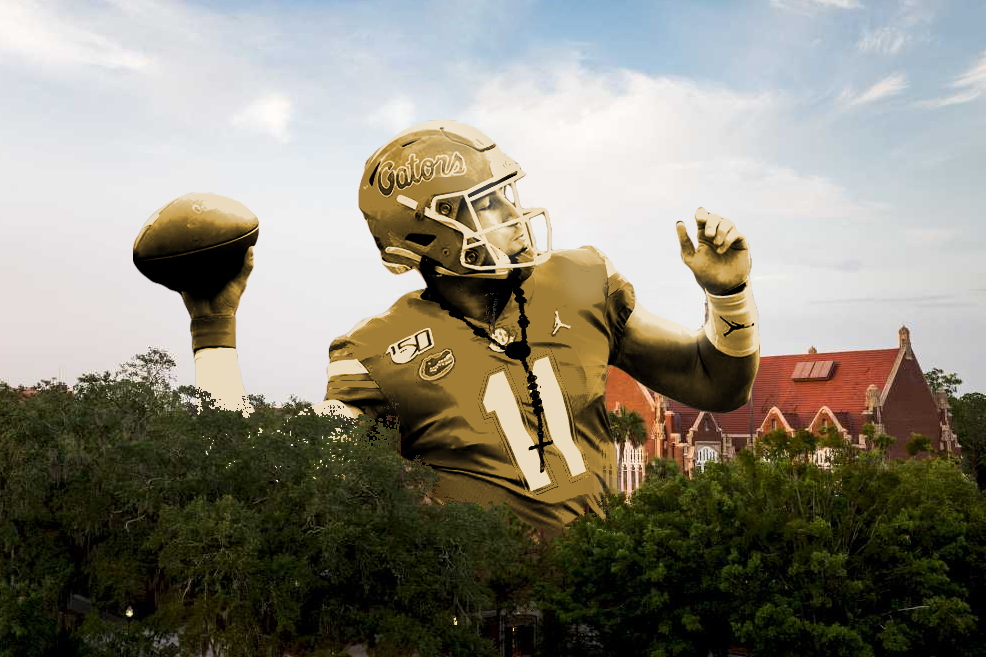 As the Gator Nation prepares itself for the looming threat of the Florida-Georgia game, University boosters have been hard at work on a necessary addition to UF’s campus; a 200 ft. tall statue of Kyle Trask in Turlington Plaza. The statue, rightfully named “Trask the Redeemer”, was a completely original thought and wasn’t taken from any religious statue in Brazil, according to inside sources. While most of the university has lauded this decision due to Trask’s suncess this season, some former Gators are more skeptical of how necessary this statue is.

“We haven’t figured out whether he really is that good, or if a full decade of misery at his position has lowered our expectations,” said Steve Spurrier, former UF Quarterback and avid shuffleboard player.

“I’m around 550 years old in dog years, and I could probably get us to a bowl game this year.”

To pay respects for his contributions as the team’s Wildcat/Backup Quarterback, the University has also decided to cut down the Norman Tree, instead replacing it with a reflection pond encircling a 75 ft. statue of Emory Jones.

Despite the enormous budget shelled out to complete this statue by the next home football game, University officials are positive Turlington is already so hectic, it’s doubtful anyone will even notice the construction of this monstrosity.

“We believe Kyle upholds the Gator standard so well, it’s only right we repay him for his hard work,” stated Clarence Jones, the chairman of the UF alumni association.

“All Kyle needs to do now is win a Heisman trophy, a few national titles, and maybe an Oscar, then we won’t erase him from our memory like every other quarterback not named Tim Tebow.”