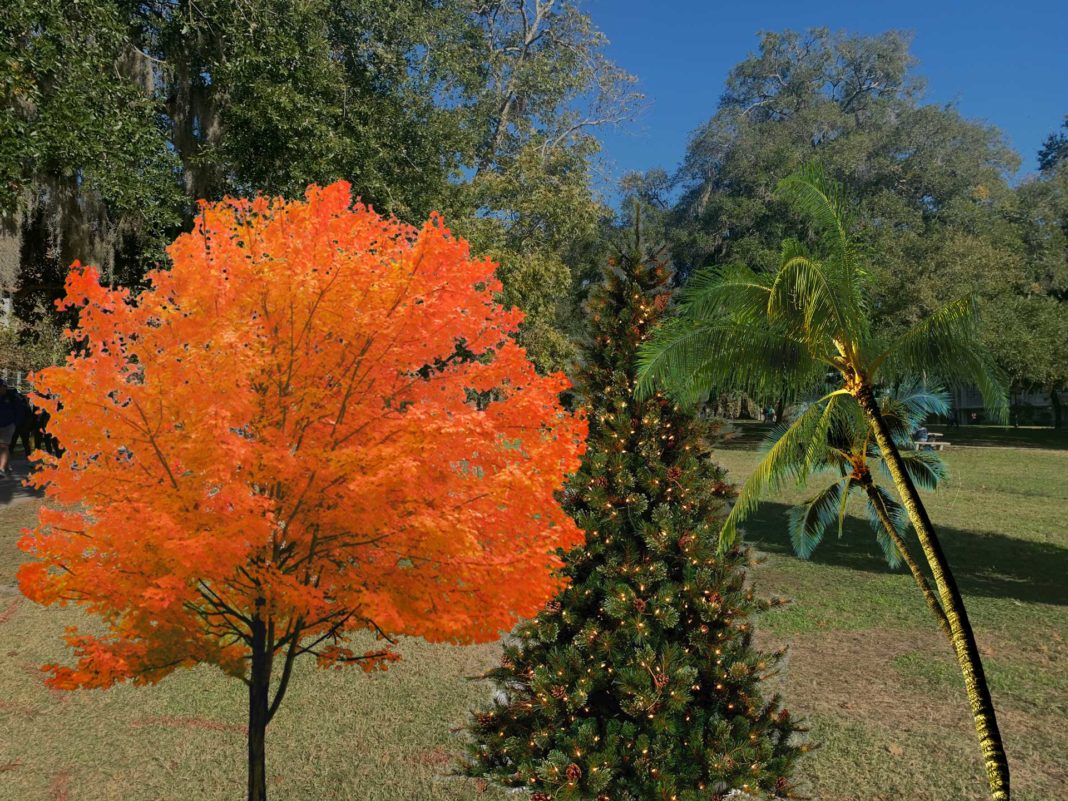 Despite the recent plunge in temperatures, many trees on campus are still rebelling against officially declaring it to be fall by refusing to drop their leaves. Growing disagreement on whether it’s fall, winter or still summer has been a longstanding issue for the deciduous trees of the University of Florida.

Many trees interviewed chose to remain silent on the issue, for some reason. For those who did respond, answers varied greatly.

“Fall isn’t just about the temperature, or how it looks outside”

“The season starts as soon as I see at least one girl break out the boots and chunky sweaters!”

In the past, one attempt was made at creating a treaty stating the official terms of fall, but many of the campus trees revolted upon seeing it was printed on paper. This year, the School of Forest Resources and Conservation scheduled a meeting to gather and debate the deep-rooted issue.

The school’s logbook shows that no trees attended this assembly which was held on the Fall Equinox, September 23rd, when it was still way too hot to think about sweaters or pumpkin patches or terminating photosynthesis.

“It’s called the fall semester. If they can’t get it together enough to participate on schedule, maybe the trees should just sit this one out.”

“Personally, I think the palm trees are the main problem here – they’re just too grounded in their ways to ever change, you know?”

For now, the resounding opinion seems to be that the slightly chilly weather makes this fall, if not winter. However, there are still the select few who still refuse to acknowledge the season until they crunch at least one leaf.