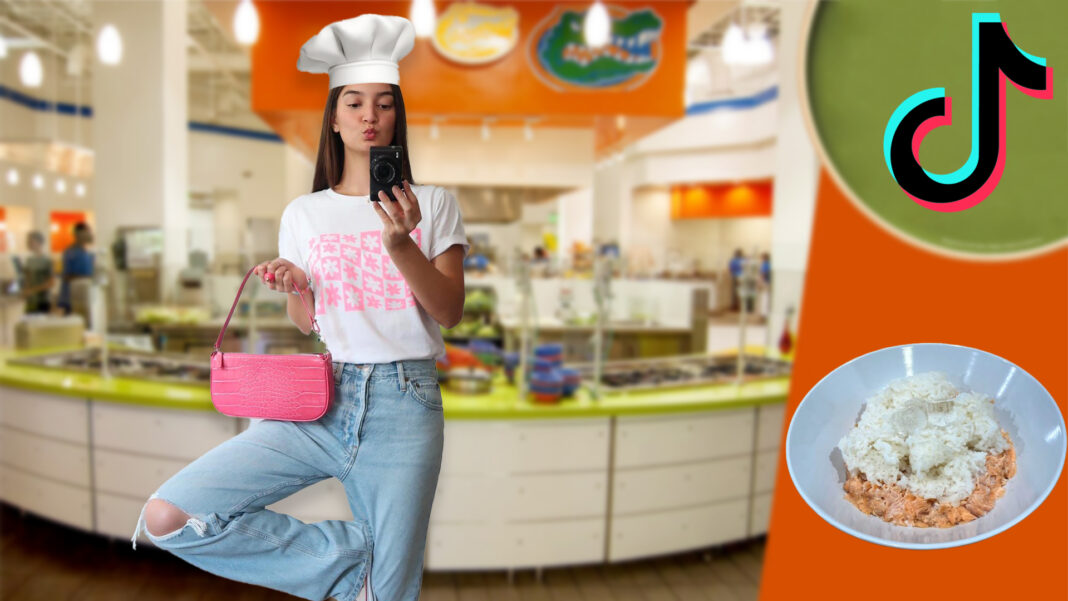 “Hashtag fresh!” yelled a beaming board member outside the doors of Broward Dining Hall last week. “More like for YUM page!”

A new meal plan initiative was launched this month, patented “TikTok Tuesday.” It promises to serve up the “favorite viral creations” of today’s youth.

Week One was the recent sensation: Emily Mariko rice. The recipe features reheated rice mixed with cooked salmon, drizzled in sauce and eaten with fresh avocado and seaweed, none of which Gator Dining actually keeps in stock.

Shockingly, the Broward dining recreation did not exactly mimic the original.

“Gainesville’s bang in the middle of the state,”

“We were never going to be able to provide fresh salmon.”

But that’s not the only area the dish was lacking in. Broward Dining reportedly had to limit several of the ingredients, replacing an avocado with 1/39th of an avocado to save on food costs.

“I think the rice was real!”

“But they made us reheat it ourselves.”

Students were told that the reheating was due to federal regulations and that Broward Dining staff were not certified in microwave use.

One-third of freshman students were reportedly down with food poisoning for 6 days following the event.

“Stop by next Tuesday!”

“Join us as we recreate the viral pancake cereal!!”