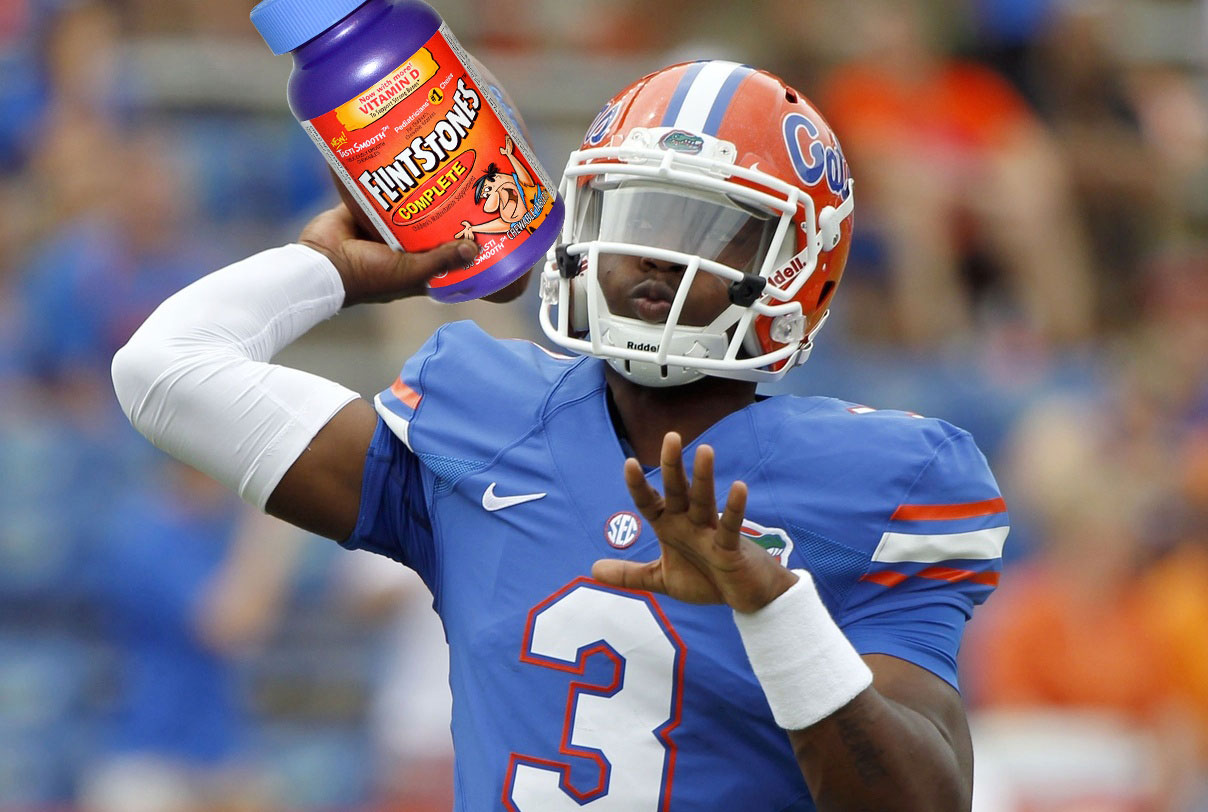 In the wake of Will Grier’s recent suspension for the use of performance-enhancing drugs, it is now Florida’s new starting quarterback Treon Harris who is fumbling with the rules.

According to the Crocodile’s sources, Harris ingested a “Flintstones Complete” children’s vitamin just before starting his pregame warm-up routine for this week’s matchup against the LSU Tigers.

When approached by one of the medical staffers about the critical mistake that he had just made, Harris was caught completely off-guard.

“I’ve eaten one of these before every game since as long as I can remember. My mom would always pack one away with my water and Gatorade™,”

“I just want my muscles to be big and strong like the pros on TV, I had no idea it was illegal.”

As clearly stated in the NCAA guidelines, “The ingestion of any children’s vitamin, certain types of hard candy, and all molecular forms of Oxygen will result in immediate investigation under the rights of the National Collegiate Athletic Association”.

In what has been an adverse week for the Florida football team, the University can only hope that the forthcoming suspension of Harris will not upset the student body.

Harris is not the only Florida Gator who has taken the “Bam-bam Biotin.” Ryan Lochte credits his 2012 Olympic swimming gold medal to the illustrious vitamin, and Tim Tebow did the same with his 2006 and 2008 championship victories.

“Flinstones vitamins were just a natural part of the game back then,”

“Everyone who was anyone was taking those things before the game.”

Tebow claimed he was too busy to elaborate because he was preparing for the game against Georgia in two weeks. After losing two quarterbacks to the pitfall of illegal supplements, McElwain was forced to resort to a better, slightly more aged athlete.

When asked for comment on the situation, Will Grier was found taking the entire Gator nation off of his back and putting it on to Harris’.