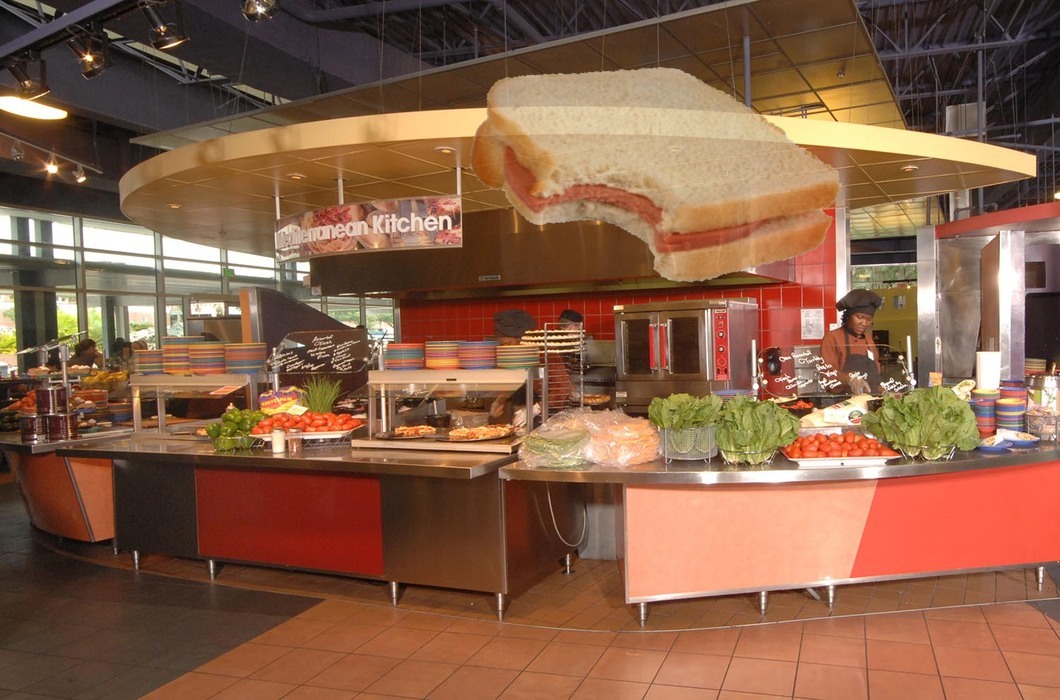 If you’ve ever eaten at one of the dining halls available for students and faculty, you know that the food can sometimes be a little disappointing.

It has been recently discovered, however, that the food can be more than just disappointing—it can be deadly.

While not deadly to those who eat the food, the food itself is believed to be haunted. Emily Tili, consistent eater at the Broward location, finds that not everything is as it seems with the current state of options.

“There’s been a lot of really weird stuff going on lately. And not just with the cereal selection only ever having Cheerios.”

Tili said, who shared the same fate as many other students from preview who are tricked into buying an unlimited meal plan. The real concern is that the delightful food options, including boiled eggplant casserole, are starting to reappear after consumption.

“I am certain that one of the cookies I wrapped up and ate half of in my dorm appeared on my plate the next day when I went to the dining hall. I know I didn’t put it there, and they weren’t making them that day.”

Tili said, who says she’ll have dreams of her eating things she normally hates in real life. She said her roommate has reported similar sightings, even going as far as to say that one time she was on the bus and could have sworn she saw a ghostly version of her leftover bagel from that morning.

“First of all, I’m a retired vegan, so all of this is new for me. But I can’t shake the feeling that the food isn’t right.”

Johnson Jote, Executive Chef at the dining hall, assures guests that there’s nothing to worry about.

“Not everyone is going to like your cooking. And if someone has guilt about all that extra pizza crust they left on their plate coming back and haunting them, that’s not on me.”