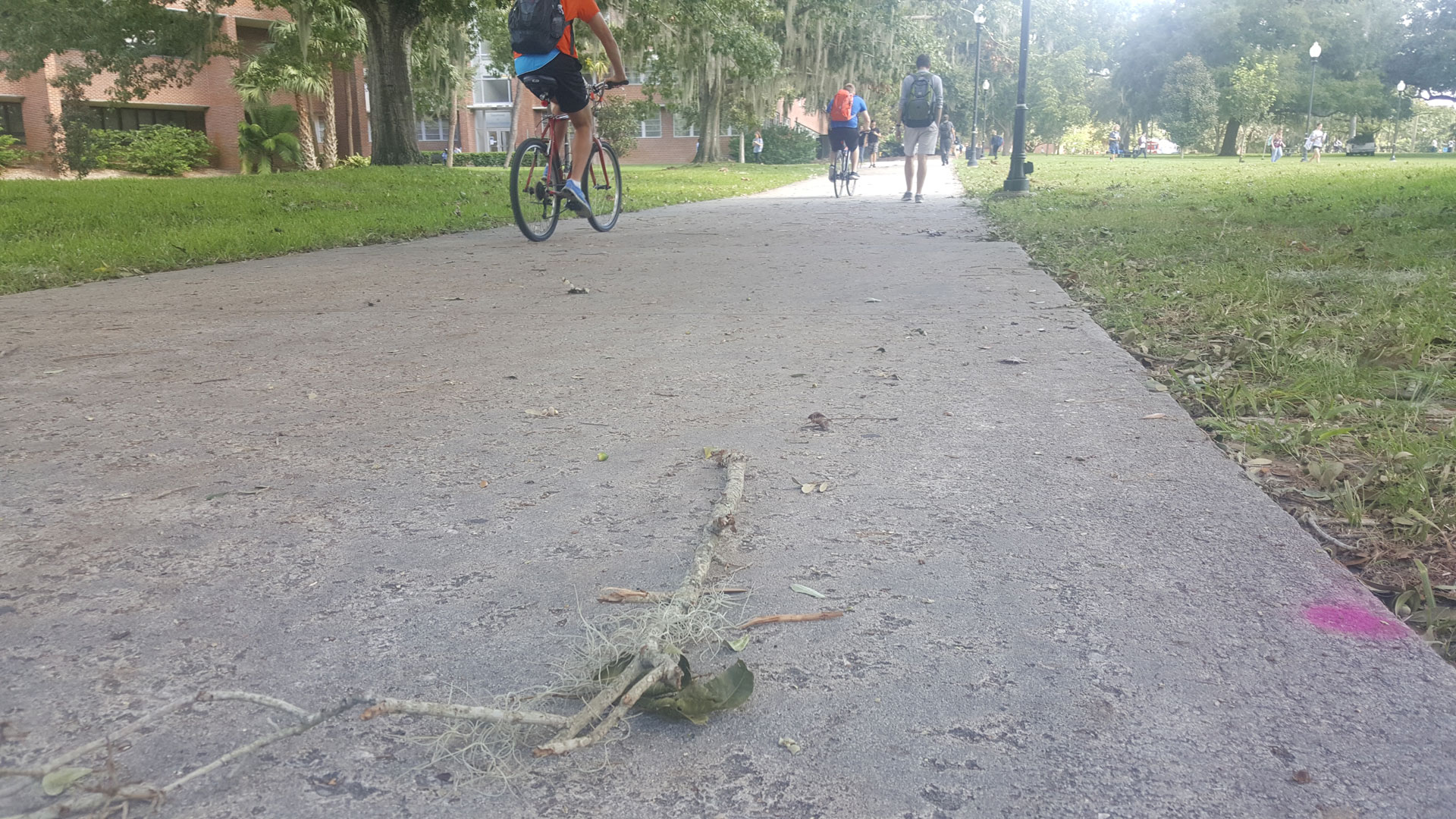 University of Florida students are returning to classes this Monday despite the damage that campus sustained in last Friday’s hurricane.

“We’ve assessed the extensive damage to our facilities and everything came out to around twenty bucks,”

“At this point we can really only commend the student body for returning to classes with campus in this kind of condition.”

The official damages are listed as “mulch on sidewalk,” “chalk artwork destroyed,”, and “my shoes got soaked.”

UF recently formed a Hurricane Matthew 2016 repair task force squad which will be charged with the task of procuring funds for the recovery of campus to its original state, which task force leader Ethan Loeb estimated should be completed at least my March of next year.

“We’re not sure where this money is going to come from.”

Loeb said from his new office in the Meteorology Building.

“The two-ply toilet paper on the second floor of the Hub may soon have to become one-ply,”

While Matthew’s damage to campus may have been accounted for, its damage to the emotional well-being of students could run deep for semesters. The temporarily closed, Marston Science Library Starbucks has seen groups of zombie-like students aimlessly standing at the locked door, occasionally attempting to open it.

“The plant for my ag gen-ed totally got, like way too much water,”

Allie Gutierrez, 19, whose professor cancelled their 3 hour lecture due to an “unthinkable amount of debris” in his lawn (which Crocodile reporters found to be a few damp leaves) said she thinks the hurricane may have had more than one kind of effect on people.

“We’ve all had a taste of freedom and now no one wants to break away from the world of watching movies all day and three day weekends,”

UF officials ask that all students be wary in the next few days while they continue to appraise other damages made to campus, and expressed hopes that students will continue to be as understanding and brave when the temperature drops below 65.