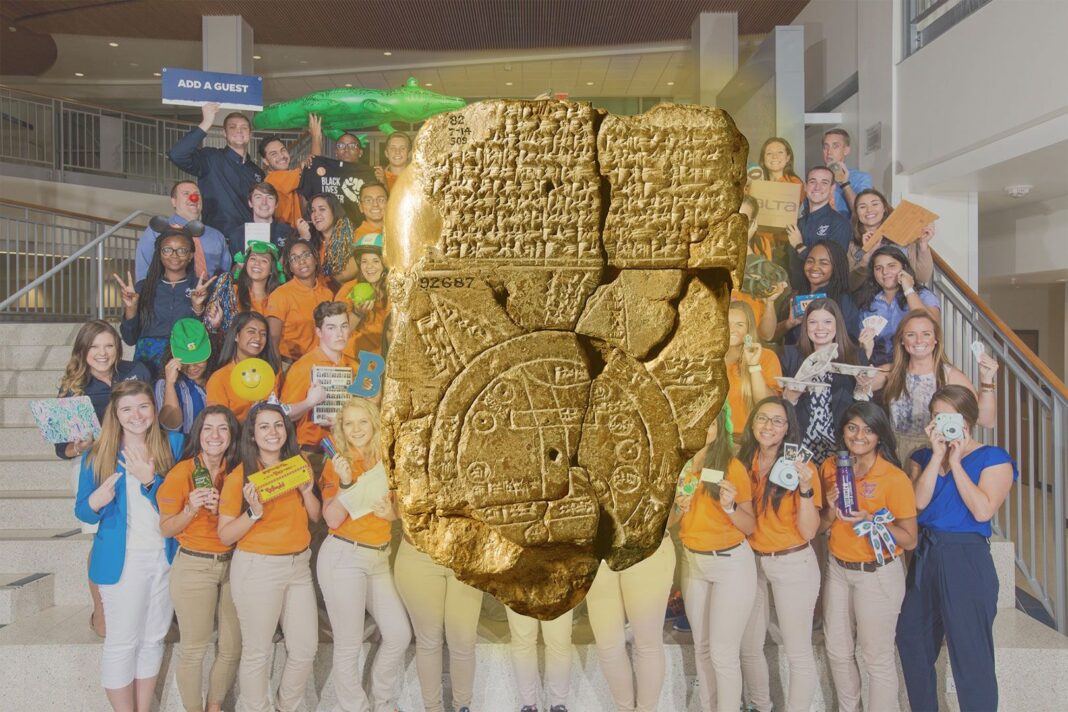 The tablet, dated to the Early Bronze Age (circa 3000 BC), reveals that modern Preview Staffers are, in fact, descended from a long line of ancient tour guides.

“Old World Preview Staffers gave orientation tours to the Sumerians of Ur, and quite possibly to the Norte Chico civilization of Peru. These ancient staffers would have sung songs and put on skits, informing the youth about local geography, cultural norms, and passing on the oral history of the land,”

“Essentially, Preview Staffers are the cultivators of human civilization. Without them, humanity would have collapsed under the weight of its own ignorance.”

The tablet, written in cuneiform, details the spread of Preview Staffers around the world. Staffers disseminated knowledge to ancient humanity through the use of silly little dances and khaki short-shorts. Furthermore, it details the secret rituals that were, and still are, used to initiate new staffers.

“What we have been able to decipher makes reference to a series of trials, one possibly involving the blood sacrifice of an alligator. The next trial involves ‘learning to enjoy eating at Broward Dining’ a phrase which we have yet to fully understand,” Beefus said.

The tablet will be displayed at the Florida Museum of Natural History in the near future.