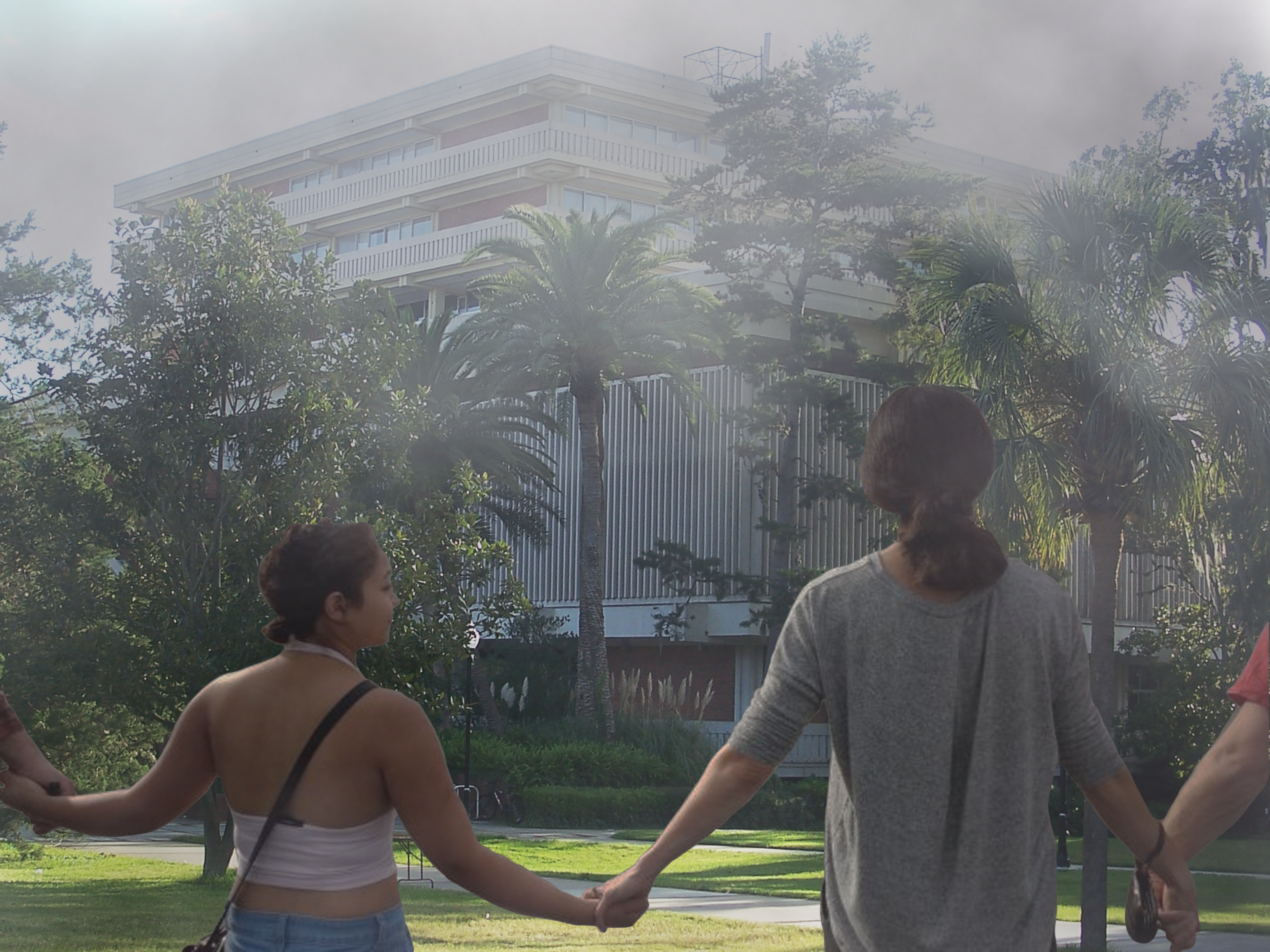 Since Florida’s vaping amendment went into effect on January 8th, the University of Florida’s many different bros have united to fight for their vaping rights.

Students from all backgrounds met daily on the Reitz Union North Lawn, to form “vape rings” in protest of Amendment 9. The new regulation, passed by voters last November, also allows local governments to pass stricter regulations on the use of e-cigarettes.

For some reason, the same amendment also bans oil and gas offshore drilling.

“It’s all smoke and mirrors,” said Smoky Düdbro, a freshman political science major. “They threw that other thing in their to cloud our minds and distract us from what’s really important.”

Düdbro, with several spare pods on hand, has been contributing to the cause by blowing sick clouds on his JUUL. He is one link in a large circle of bros, who move in and out to mimic a smoke ring. The students vape continuously during the demonstration, stopping only to drip juice.

“I tried to convince people to vote no on that noise,” said Sicclouds. “But I kept getting some excuse about making sacrifices for the environment. Lame.”

Holden Caulfield, a sixth-year environmental studies senior, watched the protest from a distance. He told us that he didn’t vote on the amendment because he didn’t see the point.

Yesterday’s protest concluded with every bro in attendance ripping the fattest cloud they could in unison. Students are advised to be cautious in the area due to low visibility.