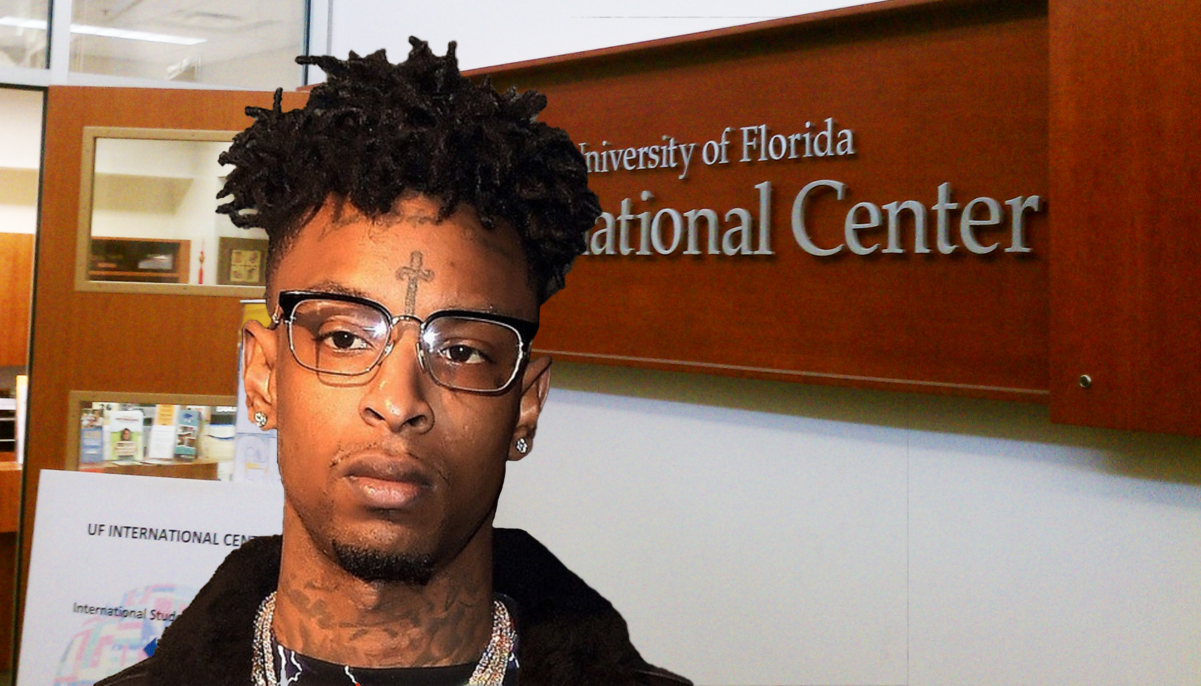 Shayaa Bin Abraham-Joseph, otherwise know as 21 Savage, will be joining the gator family as an incoming international student in fall 2019.

The world was shocked to learn earlier this month of Mr. Savage’s arrest by Immigration and Customs Enforcement. Many believed Mr.Savage was born in Atlanta, Georgia- not London. After spending nine days in an immigration detention center, 21 Savage drove straight to Gainesville.

“Mr.Abraham-Joseph’s first priority is starting classes as a Florida gator. His second priority is not getting deported,” said lawyer Alex Spiro. “We know the gator family here in Gainesville will offer him all the resources he needs.”

Students became excited when they heard a celebrity might be brightening up their boring lecture halls.

“I’ll like, give him my Smokin’ Notes for free,” said Kathy Adams. “I know he can totally buy his own, but it’s important to make international students feel welcomed.”

Other students disagreed with the University’s decision to admit Mr. Savage.

“They only let him in because he’s British. The school just wants to have more international students to boost prestige,” said senior political science major Chad Brokeman.

Lawyer Alex Spiro sweetened the deal for those who were still hesitant to accept his client’s admission.

“21 Savage will be holding free-style rap sessions in Turlington every Tuesday and Thursday. I think students will find this creative outlet quite enjoyable.”

Despite the constant news buzz surrounding Mr. Savage, it was clear he had his eyes on the prize: becoming part of the UF family.

“I can not wait to start Uni. I’m a bit miffed the gents down at ICE got wind of my immigration status, but I am ready to put all that rubbish behind me,” said 21 Savage.