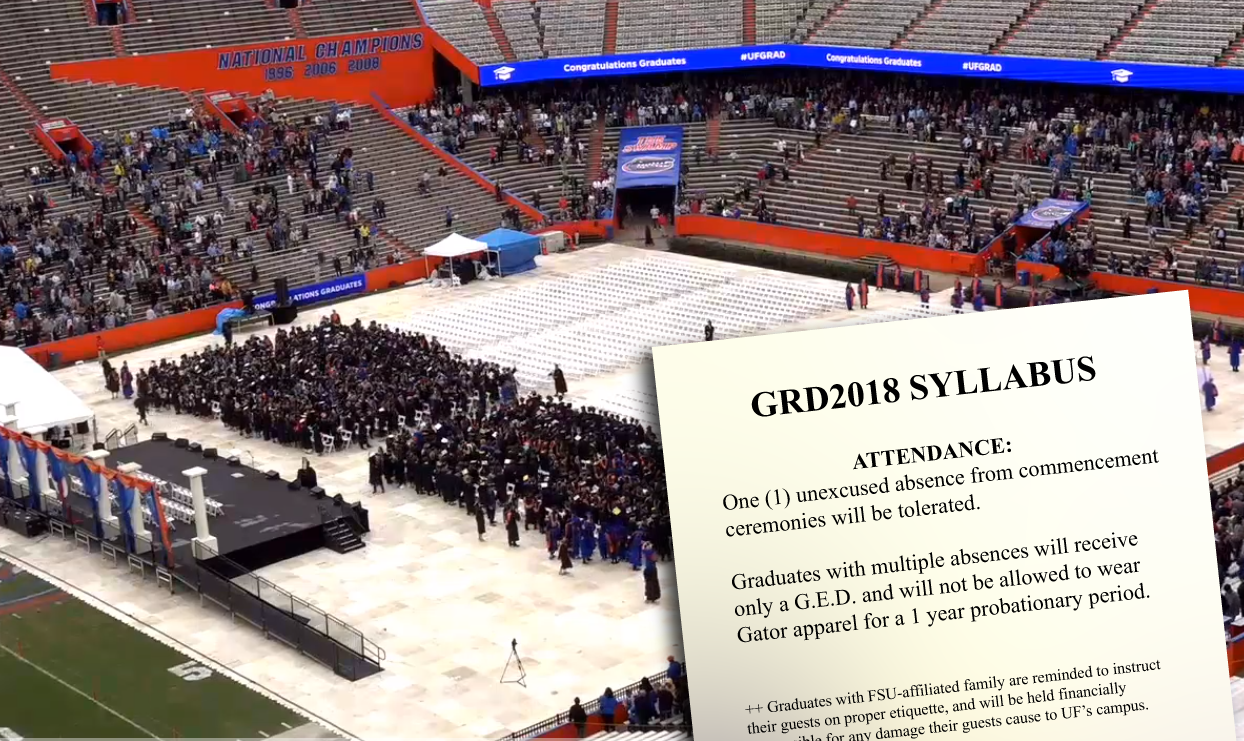 With UF’s new double-ceremony graduation policy comes new attendance standards that students have been quick to exploit. Students are granted one unexcused absent during the celebrations, which the majority of graduates used on the unnecessary and soggy university-wide ceremony at Ben Hill Griffin Staidum.

“I was pissed about this stupid new graduation policy. I thought I was going to have to go to two ceremonies,” said recent graduate Emily Tharpe. “But then I scanned the graduation syllabus and found a way out.”

Tharpe is one of 2,500 graduates who didn’t attend the university-wide ceremony last Saturday. It’s estimated that less than a third of those registered to graduate attended the ceremony.

Students may not have attended because they wouldn’t be individually recognized, meaning their was no chance of doing a cool move while being displayed on a jumbo-tron. Or maybe it was because the university hired an unpaid speaker that your step-dad, but no one else, was really excited about.

“Even though attendance is 100% of the course credit for getting my degree—which is essentially a useless piece of paper that signifies hours of stress and misery that come with cultivating the fruits of amphetamine-fueled labor [sic]—,” Tharpe continued, “I read the syllabus and saw that I wouldn’t even lose my minor in entrepreneurship.”

Some students opted to use their absence on their college-specific ceremonies instead. These graduates were treated to hot chocolate and muffins by President Fuchs, possibly in an attempt to sway their opinion of the event.

The syllabus for the Spring graduation will have a similar attendance policy, giving graduates one last chance to blow off an assembly lecture to sleep in and play Fortnite.